What Can Rats Teach Us About Near-Death Experiences? 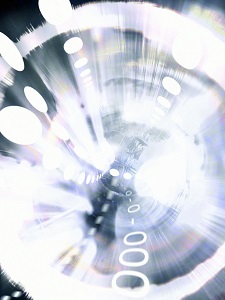 Scientists have grown increasingly interested in the near-death experience phenomenon. Reports of these experiences are so similar that it seems unlikely that people are manufacturing them, so experts have felt the need to investigate. Furthermore, people from every culture, health status, educational level, and walk of life have reported near-death experiences; these events can’t simply be attributed to superstition or hallucinations.

Jimo Borjigan, a researcher at the University of Michigan, led a study into near-death experiences by observing dying rats. As a result of this study, Borjigan believes that near-death experiences may be a product of a dying brain. His team observed rats immediately after they went into cardiac arrest, and sure enough, he found something different was happening in their brains. Rather than slowing down, rat brains showed a burst of electrical activity in their brains immediately after their hearts stopped.

Borjigan and his team argue that a similar burst of activity may occur in human brains just before death. This could be part of the brain’s attempt to save itself. Perhaps by remaining active, the brain is less likely to die, enabling people to survive and even thrive if doctors are able to revive them.

Not everyone agrees with Borjigan’s interpretation, though. Both animal advocates and scientists have long questioned the value of animal research, emphasizing that, while animal brains are similar to human brains, they’re not the same. Moreover, researchers can’t ask animals about their subjective experiences. Although rat brains do show an increase in activity prior to death, researchers don’t know if rats have near-death experiences because a rat can’t report that it’s walking toward a light or hovering over its body.

While scientists are getting closer to explaining the brain activity during a near-death event, they can’t yet explain why this brain activity occurs, or why people almost universally report walking toward a light and an overwhelming sense of calm. For some people, religion may help to assign meaning to these extraordinary experiences, and it’s certainly possible for both scientific and religious explanations to peacefully co-exist.