What Can Parapsychology Tell Us? 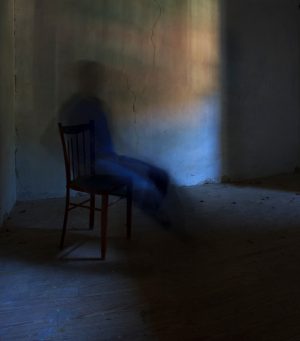 People have long constructed elaborate stories to explain things that science can’t. Almost every society has at least one origin myth. Ancient people constructed human-like gods to explain the weather, illnesses, and problems with interpersonal interactions.

While it’s easy to look back on outdated superstitions with equal parts confusion and judgment, there are still some things science hasn’t been able to fully explain. Parapsychology aims to fill this gap in knowledge, explaining phenomena that leave some people confused and others doubting the existence of the phenomena in the first place.

Parapsychologists study any seemingly paranormal phenomena that are not studied by the broader psychological or scientific communities. Telepathy, near-death experiences, and extrasensory perception (ESP) have historically been popular parapsychology topics, alongside near-death experiences. Ghost-like phenomena such as apparitions are increasingly popular topics of study. Ian Stevenson, a University of Virginia psychiatrist, investigated reincarnation and past lives, and found that very young children sometimes reported “memories” of previous lives or life before birth.

Parapsychologists have developed a number of theoretical explanations for paranormal phenomena. For example, Stevenson found that, of the children who described reincarnation, almost half had birth marks. He theorized that these marks could be the sites of injuries, or even fatal wounds, in a previous life.

Electronic voice phenomenon (EVP) has quickly become one of the most widely used tools in the parapsychological community. EVP, used on ghost-hunting television shows, works by increasing background noise on a recording. The recording is then amplified and played back, and the resulting sounds can resemble a human voice.

Parapsychologists have developed several theories to explain EVP. Some argue that ghosts and other entities create EVP via psychokinesis. Mainstream scientists have argued, by contrast, that EVP could be the result of radio interference and fraud. People who are invested in believing EVP may hear voices where there are none. Parapsychologists who take EVP recordings often transcribe the recordings in an attempt to make them more easily understood, but these transcriptions can be suggestive and cause listeners to hear a voice when they might not otherwise.

Reception in the Scientific Community

Parapsychology is widely considered a pseudoscience in the mainstream psychological community. This does not, however, mean that research into paranormal phenomena is scientifically invalid. Some seemingly paranormal phenomena, such as near-death experiences, have been researched by mainstream scientists. Oxygen deprivation and other abnormalities in the brain near death may contribute to near-death experiences. Apparitions such as ghosts could be caused by hallucinations, dreams, and high suggestibility.

Mainstream psychologists emphasize that parapsychology is more focused on confirming the existence of paranormal phenomena than scientifically explaining it. Small or biased sample sizes can alter the results of studies, and there have been several reports of outright fraud. For example, psychics and mediums may use cold and warm readings to get seemingly accurate results. A cold reading works by making broad statements that are very likely to be true, such as, “I’m sensing an older man in your life who has died.” Many people know at least one older man who has died. A warm reading gains information about a subject through secondary sources. A psychic might, for example, talk to a subject’s mother prior to her reading and gain additional information that can be used to convince the subject of the reading’s validity.

Some paranormal psychologists accept unscientific or unproven premises as part of their research. They might assume, for example, that all people have past lives and then attempt to demonstrate how past lives affect present ones, without ever demonstrating the actual existence of past lives.