The Psychological Effects of Natural Disasters 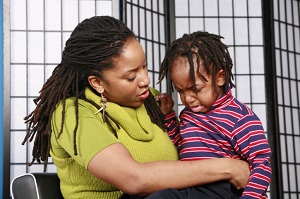 Tornado season is well underway, initiated this year by the recent tornado in Moore, Oklahoma, but severe storms and natural disasters can happen at any time. These events leave residents devastated and entire communities completely decimated. Round-the-clock news coverage tends to fade afterward, making it easy to forget about these events altogether. But for the people who survive massive disasters, the consequences last much longer than the news cycle, and extend much deeper than property damage and scrapes.

In the immediate aftermath of a natural disaster, the first reaction is often a combination of shock and denial. Sometimes this can make it challenging to take the necessary steps to begin picking up the pieces—calling insurance, assessing what property was lost, even finding temporary housing. But shock tends to give way to much stronger feelings, which can hit days, weeks, or months after a disaster strikes.

Home is a place that most people spend their entire lives believing is a place of safety and refuge. But when a storm comes tearing through your house, this security can go out the window. People who have survived storms may experience nightmares, anxiety, extreme concerns about storm safety, or obsessive preparation to avoid the next disaster. The insecurity can be especially pronounced in children, who may feel constantly unsafe.

Extreme stress is common in the aftermath of a storm. But when it persists for months, it can lead to posttraumatic stress (PTSD). People with PTSD may experience flashbacks to the storms, panic attacks, an extreme startle reflex, persistent avoidance of things that remind them of the storm, and anxiety and depression. PTSD can also interfere with a person’s ability to control emotions, leading to angry outbursts or crying spells, for example.

PTSD isn’t the only long-term consequence of surviving a natural disaster. For people already experiencing a mental illness, a traumatic event can make symptoms worse. And for others, a natural disaster can spark depression, extreme stress, generalized anxiety, eating and food issues, obsessive-compulsion, and a host of other problems. Sometimes these issues arise as a result of a person’s attempts to control the environment after a storm takes away control.

Storm survivors aren’t the only people who suffer when a natural disaster hits. People who are on the scene at the time of the storm or who witness the immediate aftermath—including first responders such as police officers and fire fighters as well as the media—can also experience psychological symptoms. They could be haunted by people they were unable to save, by images of injured people, or by the massive nature of the destruction. Some witnesses may even feel guilt that someone else’s home or life was destroyed but theirs wasn’t. The symptoms for witnesses and first responders are often the same, including PTSD, depression, and other mental health conditions, and people who are present in the aftermath of a storm may need as much help and support as the victims.