Was Prince Addicted to Painkillers? And Other News 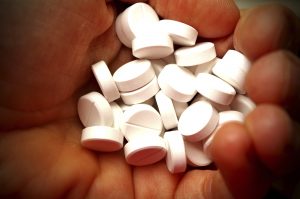 As fans across the world mourn Prince, attention has turned to potential causes of the superstar’s death. Many of his friends have said Prince did not drink or do drugs. Prince became a Jehovah’s Witness—a faith that calls excessive drug or alcohol use sinful—in 2001. But his sudden and apparently premature death has led some to speculate that he might have fallen victim to the nation’s prescription drug abuse epidemic.

According to an NBC News report, law enforcement sources say Prince had prescription painkillers in his possession when he died, though it is unknown whether those painkillers played any role in his death. Other reports suggest Prince had plans to meet with doctors at an addiction treatment clinic at the time of his death.

If true, the news highlights the continuing perils of prescription drug overuse. According to the U.S. Centers for Disease Control and Prevention (CDC), opioid overdoses claimed more than 28,000 lives in 2014.

Medical Errors Are Third-Leading Cause of Death in United States: Study

Medical errors are the third-leading cause of death in the United States, accounting for 251,454 deaths in 2013. Heart disease and cancer are the only conditions that kill more people. The study is based on reports dating back to 1999, and the report’s authors suggest their data might actually underestimate the number of people who die when doctors make errors. Agencies such as the CDC, as well as most coroner death reports, do not list medical error as a potential cause of death. This may obscure the role of such errors in thousands of potentially preventable fatalities.

Crime in the nation’s schools dropped in 2014, with about 3% of students reporting victimization at school, according to a National Center for Education Statistics report. About 1.3 million students were suspended for crimes such as weapons possession or alcohol violation. Although crime and bullying in middle and high schools declined, sexual violence on college campuses more than doubled between 2001 and 2013. The report’s authors are unsure whether this is due to an actual increase in attacks or an increased reporting rate.

To Keep Obesity at Bay, Exercise May Trump Diet

A new study of rats suggests exercise may more effectively prevent obesity than diet. Rats genetically prone to obesity were less likely to become obese if they ran during adolescence. They had better metabolic health and a different gut microbiome compared to rats who cut back on calories but did not run.

People who retire after age 65 tend to live longer than those who retire early, according to a study that looked at nearly 3,000 retirees. Even when retirees left work for health reasons, continuing to work past age 65 offered health benefits.

New guidelines from the American College of Physicians suggest therapy, not sleeping medication, should be the first line of treatment for insomnia. The guidelines say cognitive behavioral therapy (CBT) can help steadily retrain the brain to fall asleep. Most people experience results within four to six sessions.