Violence May Be Impossible to Predict, and Other News 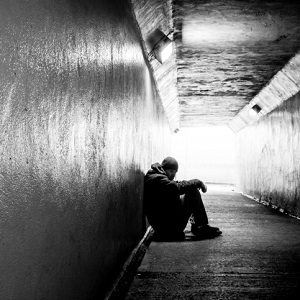 Last week’s rampage shooting has reignited discussions about how to prevent future tragedies. Spree killers are often loners with no prior criminal history, and their social isolation can make it difficult to detect unhealthy or dangerous behavior. Experts such as Risdon Slate, a Florida Southern College professor of criminology, argue that finding and stopping killers is not a precise science.

Most people who struggle with loneliness, anger, or depression don’t commit violent acts, so isolation is not a sufficient predictor. Similarly, experts can’t use mental health issues to predict violent behavior, since people with such issues are more likely to be crime victims rather than perpetrators. Instead, there may be warning signs that friends and family notice, and coming forward with such information may be the only way to save lives.

Anxious Parents Can Learn How to Reduce Anxiety In Their Kids

Parents with anxiety are more likely to raise children with anxiety. While genetics play a role, parents who have anxiety also tend to model nervous behavior to their children. For parents worried about turning their kids into anxious adults, there is a mounting body of evidence that cognitive behavioral therapy can help both parents and their children learn to control their emotions.

Research on 326 children found that a father’s tendency to do his fair share of housework was the single greatest predictor of daughters’ career aspirations.

Abnormal Lung Scan May Be ‘Teachable Moment’ for Smokers

It’s no secret that smoking is dangerous, but for most smokers, a distant health consequence can’t override the pull of a powerful addiction. But a study that examined 14,000 smokers ranging in age from 55 to 70 found that people who had abnormal lung scans were more likely to ditch the habit. Even more promising, an abnormal scan continued to affect smokers’ behavior for five years after the initial scan.

Emotional, Behavioral, and Relationship Struggles a Greater Risk for Children of Deployed Parents

Two million American children have at least one deployed military parent. The effects of deployment aren’t innocuous, though. Research shows that children whose parents are deployed face more emotional and relationship challenges. David Albright, a professor at the University of Missouri School of Social Work, argues that military children may need more assistance from social workers and teachers at school.

Women who have recently given birth are frequently screened for postpartum depression, and media reports suggest that this form of depression poses a significant public health threat. A questionnaire-based study that examined 1,507 women, however, suggests that women’s depression peaks not immediately after birth, but when their children are four years old. Women were most likely to report depression symptoms if they had previously experienced them, but domestic violence, low income, stressful life events, and young age (18 to 24 years) were also correlated with higher rates of depression.

Discrimination Can Occur Without Hostility and Without Any Intent to Discriminate