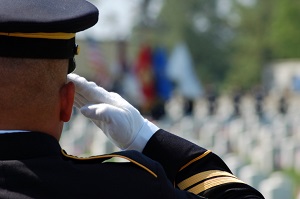 In 2012, more military members died by suicide than from combat. In fact, according to statistics provided by the American Psychiatric Association (APA), military suicide is at its highest rate in 10 years, and military personnel represent 20% of suicides nationwide.

Because of the stigma surrounding mental health issues for those in the military, those experiencing distress following combat may be reluctant to seek help out of fear they’ll be viewed as weak for feeling depressed, anxious, stressed, or otherwise overwhelmed.

But the reality is that more than 300,000 men and women who have served in the wars in Iraq and Afghanistan have been diagnosed with posttraumatic stress. It is also believed that traumatic brain injuries may increase suicidal thoughts and behavior, and with 8% to 20% of military personnel returning home with such injuries, many are enduring their symptoms in silence.

In honor of Veterans Day, the APA released a public service announcement addressing this serious issue. The brief video features Patrick Kennedy, a former U.S. congressman, who urges listeners to send the message to military members—and loved ones—who may be experiencing PTSD that “seeking help for mental health is a sign of strength, not weakness.”

Earlier this year, GoodTherapy.org published a Topic Expert roundup on the troubling rates of military suicide, in which eight mental health professionals share their insights on the subject. Through open dialogue and increased awareness of how common it is to experience difficulty in coping with the challenges of combat, the hope is that more military members will seek the mental health care they need—and that they will feel confident and supported in doing so.

To all who have served and will serve, our deepest gratitude.