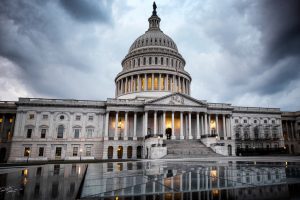 The House voted Thursday, by a narrow margin of 217-213, to repeal and replace significant portions of the Affordable Care Act. The bill now moves to the Senate. According to the nonpartisan Congressional Budget Office, the new law could leave 24 million more Americans without health insurance.

If the bill becomes law, it could affect coverage for mental health care and substance abuse. It may also penalize people who have previously sought care for mental health conditions or trauma. Prior to the Affordable Care Act, some health insurance companies treated sexual assault, postpartum depression, and domestic violence as pre-existing conditions. If the ACA federal ban on these denials is repealed, health insurers could again discriminate on the basis of a wide range of conditions and experiences.

Psychiatrist Joseph Lifschutz died last month. Lifschutz’s refusal to produce treatment notes or to acknowledge treating a particular person in therapy landed him in jail for a week in 1969. His argument that confidentiality rights granted to lawyers, married couples, and members of the clergy should also extend to psychotherapists eventually made its way to the Supreme Court, establishing precedent that continues to protect confidentiality rights in therapy.

More Than Half of Mental Health NHS Patients Experience Relapses

According to a study of UK National Health Service (NHS) patients, 53% who sought mental health treatment experienced a relapse of depression or anxiety within a year of completing psychological treatment. Seventy-nine percent of relapses occurred within six months after treatment.

A wandering mind can lead to anxious thoughts, but mindfulness may help. According to a study of people with anxiety, just 10 minutes of mindfulness meditation can refocus attention, reducing the tendency of the mind to wander.

Older adults are more vulnerable to falls, and conditions such as osteoporosis can make these falls more dangerous. Mental health conditions can also increase the risk of falls, with a moderate increase in depression linked to a 30% increase in the risk of experiencing a fall during the next two years. This is due in part to the effects of psychiatric drugs, a new study suggests. Researchers say remaining active can help reduce the risk of falling, but tweaking medication dosage can also mitigate the risk.

Are Bullies Getting Run Out of U.S. Schools?

According to an ongoing survey that looked at bullying rates from 2005-2014, bullying rates declined over the last decade. About 13-29% of students reported bullying victimization at various points during the survey, though the overall rate dropped. There was also a 1-2% drop per year in the rate at which students admitted to bullying others. Researchers are uncertain what accounts for the decline, and students did not report statistically significant changes in their perception that adults were being more proactive to stop bullying.