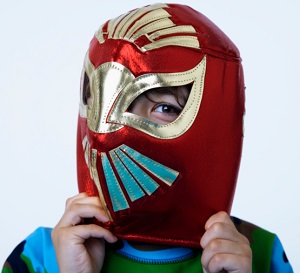 Just as women wrestle with widespread messages of objectification and stereotypes of being fundamentally weaker than their male counterparts, men contend with their own onslaught of messaging. From the time they are young, the majority of men are told to be tough, or to “man up,” a trend that often leaves them with no outlet for emotional expression when they’re feeling sad, scared, or in need of help.

“The three most destructive words that every man receives when he’s a boy is when he’s told to ‘be a man,’” says Joe Ehrmann, a coach and former NFL player who shares his insight in the soon-to-be-released film The Mask You Live In (trailer below).

Created by The Representation Project (therepresentationproject.org), whose mission is “to expose injustices created by gender stereotypes” and inspire change, the upcoming documentary explores the plight of the modern man and how these messages mold and influence the people they become.

The general issue is that young boys are told repeatedly that to show emotional sensitivity is to act like a girl, and so they learn to stuff their tears rather than let them flow. Over the years, these layers of emotion repressed in the name of ‘being a man’ may lead to a host of mental health issues. Isolation, depression, and suicidal thoughts and behavior are just a few of the ways these unacknowledged feelings manifest.

And although both boys and girls attempt suicide as teenagers, according to the Centers for Disease Control and Prevention, boys between the ages of 10 and 24 are far more likely to commit suicide than girls. Aggression and violence are also believed to result from a lack of empathic understanding in the early years of life.

The film’s director, Jennifer Siebel Newsom, is also responsible for the 2011 film Miss Representation, which examined the effects of gender stereotyping and sexism on women.