The Unique Landscape of Late Divorce 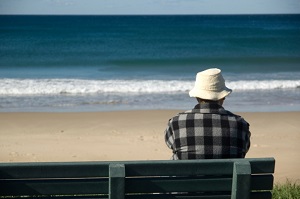 Divorce is a long, drawn-out process. It is much more than the day the divorce decree officially absolves the relationship. Ending a marriage begins with random realizations that something feels amiss. Dissatisfaction can reside within a marriage for months or years through feelings of anger, resentment, and feeling unloved, disrespected, isolated, ignored, and more. Making a decision to act on those feelings is life-changing. And it is seldom a decision made on a straight pathway. The divorce decree may say you are no longer married, but that is when the real work of divorce begins. Divorcing emotionally, socially, culturally, economically, and possibly as a co-parent all add up to be a formidable challenge.

As Clarke-Stewart and Brentano (2006) write, there is no single factor that causes a divorce. Many factors spanning the length of marriage bring about dissolution. Wallerstein (1996) describes divorce as a chain of events strung complexly together and extending over time. And each individual in a family is changed in the new configuration of family relationships resulting from divorce. Every divorce is unique, no matter at what age or length of marriage. But some factors are unique specifically to divorce at age 50 and beyond, often referred to as gray divorce. Just as impact of late divorce is unique to adult children, it is unique to older divorcing couples as well.

To partners in a marriage that has been plagued for years by spousal hostility and resentment, the hope of a new life may be intoxicating. By contrast, they recognize that leaving a family with a long history of memories and shared events could be extremely turbulent; this is especially true when the partners have maintained outward appearances of a well-functioning relationship. Turbulence is compounded by a public declaration of marital incompatibility. “Divorce intensifies the already stressful process of aging, compounding feelings of loss and uncertainty” (Fintushel & Hillard, 1991).

Leaving a marriage requires redefining of self. This may feel exhilarating, empowering, and full of potential. Belief that change is possible is an important caveat. Change is promoted through understanding and information. So what are some unique experiences of gray divorce to know about and understand?

It is not uncommon in gray divorce for both wife and husband to experience an abrupt adjustment to traditional gender roles. For example, often the husband loses the partner who took care of physical needs, while the wife loses the partner who was largely responsible for the finances. All the while, the generation of adult children with more flexible role expectations may find themselves helping a parent with domestic responsibilities or managing finances (Fintushel & Hillard, 1991).

In a society that puts so much value on age and appearance, older divorced women often face fewer romantic options, whereas men may be more likely to form relationships with younger women, making new relationships more accessible. According to Clarke-Stewart and Brentano (2006), men are much more likely to develop new intimate relationships after divorce than are women. In addition to inherent challenges in re-partnering, older women typically experience financial adjustment. While this is the trend in most divorces no matter at what age, an older woman experiencing divorce for the first time has unique hurdles to overcome. Finding a new career after age 50 may be daunting and stressful.

Men in older life who are divorcing for the first time may struggle with the sting of being alone. Basic needs traditionally taken care of by women now require the attention of the older man. Again, traditional roles in the baby-boomer generation of divorces would mean the man has little experience in domestic skills such as shopping, maintaining a healthy diet, and general household management. The partner of so many years is no longer present when arriving home. There is no one to talk to, and that can quickly lead to a feeling of isolation.

In general, divorce adds many uncertainties, as each partner uncouples and begins emotional and economic adjustments. When divorce occurs later in life, major adjustments are inextricably linked to the ongoing aging process. The landscape of aging must find room for a new life to germinate and grow.

And that is often what ultimately happens. For many who divorce late in life, the sense of loss may never dissolve. But alongside the enduring feeling of loss, many women and men who divorce in late life eventually find a new sense of security and a confidence that they may have never known they had. As divorce is a unique experience for each person, so is how you eventually land on the other side.