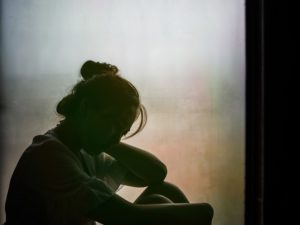 It is time that we as a society openly talk about the serious impact of suicide and mental health challenges. Suicide is a difficult topic for many people to discuss, though occasionally it is brought more into public view in instances such as the death of Robin Williams.

The numbers behind suicide are startling. Statistics show that nearly 40,000 people die from suicide in the United States every year. The Centers for Disease Control and Prevention list it as the tenth leading cause of death in the U.S. In fact, it can be estimated that a young person dies from suicide every two hours. One of the most discouraging facts about suicide is that most people who attempt suicide never seek professional help or care.

Deaths by suicide do not just affect the person who ends his or her life. Suicide also has a negative impact on the friends, family, acquaintances, and community left behind. Effectively preventing suicide is difficult and made harder by the stigma linked to it. However, improved awareness and understanding can help in reducing what is a largely preventable serious public health problem. It is essential that public attitudes change and we welcome others to share their pain and seek help when necessary.

In order to move forward in discussions and understanding about suicide, it is helpful to dispel common myths about suicide.

1. Suicide is not a global issue.

This is simply not true. Only about 5% of suicides worldwide happen in the U.S. Internationally, the World Health Organization estimates 800,000 die by suicide every year, which equates to about one death from suicide every 40 seconds. While some cultures, social groups, and ages have higher rates of suicide, suicide presents a problem across all cultures, genders, and ages. In fact, many people passively think about suicide at one point or another, as inner pain and suffering tend to weigh heavy on just about everyone at one time or another.

2. If someone fails at a suicide attempt, he or she will not try again.

Nearly 20% of people who die by suicide have made at least one prior suicide attempt. In fact, individuals that have attempted suicide once are actually at greater risk of trying it again. Any suicidal thoughts or behaviors ought to be regarded as a serious concern. People who are feeling suicidal need immediate support to work toward a resolution. Therapy, sometimes in conjunction with medication, has proven effective in preventing multiple suicide attempts.

3. If someone has resolved to end their life, they cannot be stopped.

Most people thinking about suicide do not want to die; they simply want to end the pain they are experiencing. Even though there are some instances where no one could have predicted a suicide, in most instances, if necessary help and support are given to a person who is willing to accept the help, a tragic result may be prevented. It is possible for people who are suicidal to change their mind; therapy, encouragement, unconditional love, and psychiatric interventions can all help them on their path to recovery.

4. Asking someone if they feel suicidal can encourage suicide attempts.

Having a serious talk about suicide with someone does not create or enhance the risk of death. Talking with someone about their suicidal ideation can actually help lower their risk. The most appropriate way of identifying the possibility of a suicide is to ask directly. Openly discussing and keenly listening to somebody’s thoughts of suicide can give them a source of relief and can be important in getting them help and preventing the immediate risk of suicide.

5. People who talk about suicide do not attempt or complete it.

People who talk about their suicidal thoughts may attempt suicide in the future, so it is essential that you do not dismiss any talk of suicide by others. Most people who die by suicide had confided in somebody in the days or weeks before their death. Listening, offering support, and assisting someone who is suicidal to get immediate professional help can save lives.

Where You Can Get Help

If you have suicidal thoughts, reach out to someone immediately. This can be a trusted friend, family member, religious leader, therapist, or doctor. If you do not have somebody to turn to, you can call the suicide prevention hotline in the United States at 1-800-273-TALK. If you are outside the United States, visit suicide.org or IASP to get a helpline within your locality. You may also find help at:

If you feel you are in immediate danger to yourself or others, you can call your local law enforcement agency (dial 911 in the United States) or go the nearest emergency hospital room.

Working with a therapist or counselor is a safe way to face emotional pain or talk about suicidal ideation. You can find a therapist near you by searching online at GoodTherapy.org or calling us at 1-888-563-2112 ext. 1 during business hours.