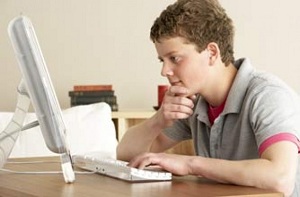 Online gaming addiction is an addiction to online video games, role-playing games, or any interactive gaming environment available through the Internet.  Online games such as World of Warcraft, EverQuest, Halo, The Dark Age of Camelot, or Diablo – dubbed “heroinware” by some players – can pose much more complex problems.

“I really want my life back,” explained Matt, an eighteen-year-old gaming addict.  “Three years ago I was one of the most popular kids at school.  I got invited to all the parties, got lots of girls, had too many friends. Then I discovered an online game called Counter-Strike.  It’s very hard for me to stop.  I wake up in the morning, no shower, get on the computer, stay on till the wee hours of the mornings, go to sleep, repeat.  I don’t know how to get off; I’ve tried.  It’s just too hard.  I heard this is a very common problem but I really want to get my life back and I’d give anything.”

To fully grasp the dynamics and issues related to online gaming today, it is necessary to look at where this all got started. In the early days of the Internet, interactive online games were a take-off on the old Dungeons and Dragons games, often know as Multi-User Dungeons, or MUDs, that drew upon power, dominance, and recognition within a role-playing, make-believe virtual world.  MUDs differed from traditional video arcade games in that instead of a player’s hand-eye coordination improving, the actual strength, skills, and complexity of the character improves.  Now games are highly interactive.  Players can socialize, develop strategies, or compete directly with fellow players.  With a click of a button, a socially introverted young man can transform himself into a great and powerful warrior within the game leading legions of troops into battle.

Known as Massively Multiplayer Online Role-Playing Games, also called MMORPGs, these games became the newest form of electronic game development.  MMORPGs advanced the notion of gaming from the older style MUDs as these games became commercially available, allowing more users – thus the term “massive” – and added new graphical character-based interactive environments with enhanced features where users could chat and exchange items. Initially, these games were very basic but the use of online avatars and combining chat and graphics made MMORPGs revolutionary.

In many ways, MMORPGs are not really games as much as they are living, self-contained three-dimensional societies.  Each game has its own scenery from forests, prairies, beaches, mountains, and towns.  Players can immerse themselves and collectively evolve in these virtual societies.  Each game has its own currency to buy goods and services.  Gold coins, jewels, bears, or pelts may be used to buy weapons, armor, or magical potions, depending upon the economics and currency of the game.  To play, players first create a “character,” or a virtual version of themselves.  The player must decide a character’s race, its species, history, heritage, and philosophy.  The genres and themes vary depending upon the game.  A player could be a greedy business type in one game, a strong warrior in another game, or an elf with magical powers in another.

As gaming has evolved so has the forms that characters can take, so that players can select more detailed representations for their characters.  For instance, for human characters, players can select skin color, hair color, height, weight, and gender.  They also can decide on a character’s profession, ranging from a banker, lawyer, dancer, engineer, thief, minor, bounty hunter, elf, or gnome, depending upon the game.  Finally, each player must choose a name for the character.  Some take great care and pride in determining just the right name.  In fact, in some strange way, a character’s name seeps into the player over time.  They spend hours living as this “other person” and begin to identify with a character that feels more real and less fictional the longer they play.

Gregg, a normally quiet and shy 19-year-old physics major at Texas A & M explained, “I had been playing video games since I was twelve.  Then a friend told me about FFIV [Final Fantasy IV] and said I just had to try it.  So I did.  It was totally different.  I’ve been playing it for a year.  I am Calab, a warlock with special potions.  I liked questing with friends.  We collected all kinds of things – bears, eggs, pelts – it didn’t matter.  We liked being together, hanging out.  The more I played the more powerful Calab became.  I had stronger potions and more magical powers.  It was easier to get things.  I could take what I wanted from lesser players or kill monsters.  Calab became respected by everyone I played with.  I liked the whole progression, the advancement thing … gradually getting better as a player, being able to handle situations that previously I wouldn’t have been able to.  I was immersed in the game, spent every night playing, and liked feeling important in ways that I wasn’t able to in my real life.”

This is just the first of many articles to come that will address how online gaming addiction is rapidly becoming the number one subtype of Internet addiction. In these series, I will try to blend some actual cases and comments from clients to illustrate how these games work and what methods of assessment and treatment are appropriate for this emerging client population.