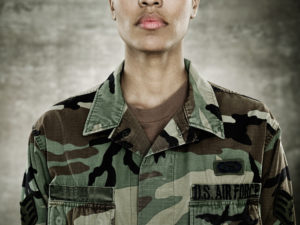 Through a series of tweets on Wednesday, President Donald Trump announced a ban on transgender individuals in the United States military. This is a complete reversal of former President Barack Obama’s decision to end the once-longstanding ban on transgender service members.

The Obama administration made several sweeping changes to the U.S. military, including opening combat roles to women and allowing LGBTQ+ individuals to openly serve.

Trump cited general “disruption” and “tremendous medical costs” as the reasoning behind the new ban, saying the U.S. military needs to focus on victory instead of on accommodation for trans individuals. Estimates place the number of trans individuals actively serving in the military in some capacity somewhere between 1,300 and 6,000 out of a total of 1.3 million.

The ban comes after a delay last month in the decision to allow transgender recruits to join. Defense Secretary Jim Mattis said military leaders would need an extra six months to determine the decision’s impact.

The main area being analyzed by military leaders was the former administration’s practice of requiring the federal government to pay for gender transition treatment and health care during military service. A measure to block the Pentagon from paying for transition surgery and hormone therapy failed in the House earlier this month. However, some Republicans have declared a refusal to support any military spending bill that does not include specific language barring money for transgender health issues.

According to a 2016 report from the RAND Corporation, which has been cited and was sponsored by the Office of the Secretary of Defense, the projected impact of transgender service members on health care costs and overall readiness of the military was likely to be minimal. Even among the estimated 1,300-6,000 transgender service members, not all will necessarily seek medical treatment related to transition. The study estimates additional health care costs could end up between $2.4 million and $8.4 million—about a 0.13% increase overall.

Recommendations for a Diverse, Inclusive Military

Currently, 18 other countries allow transgender individuals to serve in their militaries. In studying these foreign militaries, the RAND study found no evidence of significant effects on operational effectiveness, readiness, or military cohesion. In the case of bullying and harassment incidents toward transgender service members, foreign military leaders say they have been able to mitigate any negative effects by implementing training guidelines and clear policies.

The American Civil Liberties Union (ACLU) encourages transgender individuals to contact the ACLU immediately if they are facing any discrimination in light of the new ban.