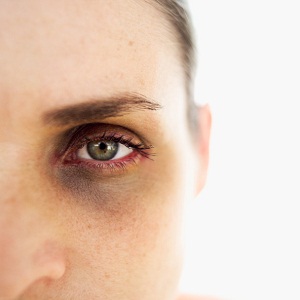 October is Domestic Violence Awareness Month, and many websites will be featuring information about how victims can escape violent relationships, as well as tips as to how friends and family can help. Many abuse victims are simply unwilling to leave their relationships. Thus, advising them to leave is not necessarily an adequate intervention strategy. And the unfortunate reality is that even if an abuse victim leaves an abusive relationship, the abuser is likely to behave similarly in his or her next relationship.

Many programs are attempting to curb the cycle of abuse by intervening with at-risk children before they become abusers, working with men who have a history of abuse, and helping couples establish safety plans.

Batterer intervention programs work with people who have an established history of abuse. Although generally targeted at men, some programs cater to women. Unlike traditional anger management programs, these programs specifically target abusive behavior. Where anger management programs might encourage a batterer to talk about his feelings, intervention programs encourage batterers go a step further, emphasizing the lasting effects their abuse has on victims.

Many of these programs require a commitment from batterers to abstain from drugs, alcohol, and other habits that may fuel anger. Group members typically hold one another accountable for their actions, and typically must pledge to avoid violent behavior while in the program. Programs generally last for extended periods. For example, in Atlanta, Men Stopping Violence runs a 22-week intervention program during which batterers learn how to manage conflict, are taught to understand the effects of their abuse, and make amends with their victims.

Individual therapy can be effective with people who have a history of abuse, provided the batterer admits to the abuse and the therapist is experienced in handling such cases. Therapists may help clients use calming strategies, or employ cognitive behavioral approaches to gradually modify the batterer’s behavior.

Every case is unique, of course, and strategies that work with one person may not work with another. However, the following strategies and programs are generally ineffective in treating domestic violence:

Why do abusers batter? (n.d.). The Alabama Coalition Against Domestic Violence. Retrieved from http://www.acadv.org/abusers.html