Moving Forward: Why Trauma Survivors May Not Begin Treatment 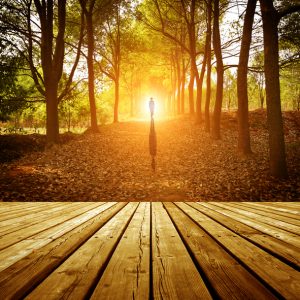 The decision to contact a therapist, set up an appointment, interview the therapist and agree to move forward with treatment might seem to imply that a person is ready to pursue their goal of feeling better. Unfortunately, ambivalence surrounding the therapeutic process, as well as its outcome, occurs far more commonly than clarity around this pursuit. Healing would presumably be the obvious goal for all of us; why wouldn’t we want that, right? Clients have offered fairly good reasoning as to why not; if we hope to be able to move beyond the ambivalence and into confronting the trauma, the first step would be providing a space to acknowledge where the individual is, in regard to his or her process. Common reasons for not pursuing treatment, from the client’s perspective, will be discussed here as a means of normalizing hesitation while validating concerns about process and outcome.

Reason # 1:  The symptoms themselves are validating. Flashbacks, invasive thoughts, mood swings, isolation, dissociation and other symptoms all provide evidence to the individual, as well as to others, that something happened. Clients often express disbelief in their own perceptions; they cannot fathom their experience is real. Additionally, it is often in the best interest of families, society, and those who have perpetrated abuse to be dismissive of the survivor. Acknowledgement of trauma within a family system is disruptive for members as well as for the survivor. Those who failed to protect them are confronted with their own guilt and shame, which can be overwhelming. Perpetrators of abuse may fear prosecution, humiliation, and other consequences of their secret becoming public. Finally, those who have not experienced such atrocities may struggle with absorbing the magnitude of what actually happens to people; it may feel more plausible that there is something wrong with the individual who proclaims the trauma rather than that the story is true.

The survivor is thus left with the task of acknowledging his or her own reality while maintaining a position within the family and social system. The symptoms don’t allow the individual to forget the truth; however, therapist and client might work together to acknowledge challenges presented by doing so consciously. If a person has the space to explore integrating a complex history into his or her social structure, the groundwork for absorbing an overwhelming truth (the trauma), without internal collapse, begins to be established.

Reason # 2:  Symptoms are a means of holding the abuser and society accountable. Along with acknowledgement of painful events comes the failure of family members and society to protect and hold those accountable who have imposed what feels like irreversible pain. Survivors have often expressed concern that if they are healthy, they (whomever they are for the individual) will get away with it. Essentially, trauma symptoms are a means of saying “Look what you/they did to me!” Should the symptoms go away, how else might abusers, or those who did not protect the person, be forced to look at what happened? There is often a perception that accountability or public acknowledgement of trauma is a fundamental component to healing. Holding on to symptoms may paradoxically feel like the only pathway to health.

Reason # 3:  Illness is a pathway to nurturance. Survivors have often been forced into a position of extreme independence and self-reliance. Their injuries are ignored or intentionally hidden, thus receiving nurturance and comfort for what happened is often not an option. Self-regulation through various adaptive means (addiction, avoidance, cutting, escapism, isolation) is the alternative choice; however, at some point these adaptations foster additional trauma. Survivors often state that hospitalization was the only point at which they were able to experience nurturance and the only avenue to the hospital is illness. The desire for support, comfort, and safety is also often coupled with a distrust in self to be self-sufficient. Trauma symptoms are disruptive enough to provide evidence that they are, indeed, incapable of self-care and agency. Thus, survivors have to seek external sustenance because internal resources feel absent or untrustworthy.

Reason # 5:  My diagnosis makes me unique or special. It is who I am. Invasiveness of trauma is often unrelenting for survivors. A diagnosis provides a reason for why one feels the way he or she does and may offer some relief. In addition, this specific way of being in the world has often been existent for a long time, particularly with complex trauma. When people ask themselves to get better, to say goodbye to their symptom sets, it sometimes feels like they are saying goodbye to who they are (at least who they know themselves to be). Having survived a trauma (or concurrent enduring traumas) can be a source of pride that may not have been available through other means. Being special or distinctive may have been achieved through a diagnosis while pride may have been simultaneously unavailable through healthier means (positive esteem-building experiences, achievement, healthy relationships).

Reason # 6:  Fear of the Unknown. While people may come to us seeking change, what that may look like is unfamiliar. Additionally, the process of change (particularly trauma treatment) can be painful and rigorous. It disrupts all aspects of someone’s life, including the parts that are going well. Essentially, we are asking people, and they are asking themselves, to give up the bit of stability they have managed to grab onto for a process that may or may not render a better life. Clients often ask how this therapy thing works; how is it that talking about this stuff will make me feel better? “I don’t get that,” I often hear. Additionally, discomfort is comfortable for some survivors. It is familiar and predictable. In considering what many survivors have endured (chaos, the unknown, lack of predictability or contingency), it is evident why feeling better is frightening. It is not the thing itself (healing) that is the concern, it is that which is alien and the coinciding consequences.

The presentation of trauma symptoms can feel muddled, frenzied, and overwhelming. Consideration of the logic behind what a person brings to the table may offer internal compassion on the part of the client as well as clarity for the therapist. Allowing the space to air these concerns, with a sympathetic ear, normalizes a person’s experience while building trust and safety. The therapist is facilitating the development of a new type of relational experience, both internally in the survivors’ understanding of their emotional motivation, as well as a felt sense of being accepted by another.