a href="https://www.goodtherapy.org/therapists/profile/jodie-barley-20110321">Click here to contact Jodi and/or see her GoodTherapy.org Profile 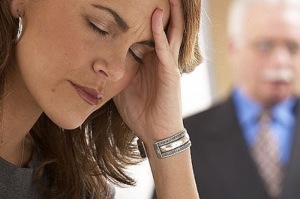 When you hear someone has experienced a trauma, your initial thought is they were involved in some catastrophic event. Rarely does the image of an everyday problem or situation enter your mind; in most cases the later doesn’t even make it on your radar. The smaller traumatic events, which have been labeled by some as small “t” traumas, are just as important to consider when it comes to working with people with a mental health issue (C. Patterson-Sterling, personal communication, November, 2010).

In one article, Scaer (2006) highlights the tendency of some to negate the smaller traumas their clients experienced. Trauma as described by Scaer is “any negative life event occurring in a state of relative helplessness- a car accident, the sudden death of a loved one, a frightening medical procedure, a significant experience of rejection- can produce the same neurophysiological changes in the brain as do combat, rape or abuse” (p.50).

The above is significant when helping clients, because any type of trauma has the potential to create a fear network within a person’s memory pathways (C. Patterson-Sterling, personal communication, November, 2010). These pathways are problematic if they become the new default position thus, causing the individual to live their life from a fear position. Fear can have negative repercussions if not managed effectively, such has been seen with some of the individuals suffering from an eating disorder.

At one end of the spectrum, trauma can cause Post Traumatic Stress Disorder (PTSD); although the purpose of this article is not to discuss PTSD directly, it is raised because the research done on the topic has provided useful information that can be applied to eating disorders and addiction treatment programs, as the emotions studied are similar. It is important to note there can still be residual effects of trauma even if an individual is not diagnosed as PTSD.

Safety is another emotion effected in people who have experienced trauma or are suffering from an eating disorder. When people feel safe in their environment and confident in their ability to stay safe, their anxiety is not as likely to cause problems. Conversely, when people feel unsafe or unable to protect themselves anxiety become problematic, and as outlined above can begin the cycle of an eating disorder. It should be noted, this feeling of being unsafe may or may not be rational, but the individual feels unsafe as a result of these newly formed pathways described above.

As seen in people dealing with trauma and eating disorders, anxiety can become problematic because it may lead them to withdrawal from life, which will only add to the isolation and negative thoughts. Anxiety and lack of control are common triggers in eating disorders, so the idea of these emotions beginning in a traumatic event is worth considering when working with these clients.