Tomorrowland: Stuck in an Imaginary Future – A User’s Dilemma 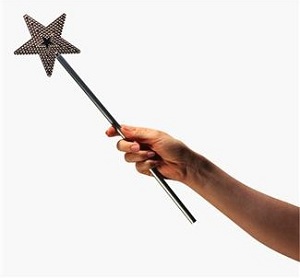 A 27-year-old woman named Katherine came into my office recently with a terrible case of the doldrums—a word that hasn’t found its way into the Diagnostic Statistical Manual of Psychiatric Disorders but carries more descriptive oomph than depression. The doldrums originally described an area of the sea where ships were not able to move for lack of wind. Katherine was in that bad place of being stuck and adrift at the same time, with nothing out there for her to catch a lift from. She lived at home with a father who worked all the time and a stepmother with whom she shared a nearly total silence. For the last seven years, she had been trying to get through Los Angeles City College, at the rate of about two classes a year. Her one solitary pleasure was cocooning herself in marijuana every night and watching episode after episode of recently defunct TV shows such as Lost, Arrested Development, and The Larry Sanders Show.

I dreaded my sessions with Katherine; the empty silences and the lack of any structure except for that created by my slow, slow digital clock. Perhaps it was in a search for a horizon that I found myself asking Katherine about her plans after finishing LACC, although I felt like a divorced dad at a biweekly visitation dinner. There was no real curiosity behind the question, just desperation, and I fully expected her vague, sad gaze to grow completely blank. To my surprise she came alive. She was going to be an actress or a playwright. How vividly she imagined herself in both roles. She would spend her mornings reading and/or writing and tending her garden. The evenings would be devoted to intense, intellectual conversations with friends. She often imagined famous people in her circle of intimates. She would at last find true connection in these celebrity friendships.

When I was a child, I used to have absurd pop culture–informed fantasies about my own future. Sometimes I imagined becoming a heavy­weight boxer like Mohammed Ali (not sure now, but I might have been black in these fantasies). Other times I imagined hanging out with the Beatles in their surreal mod digs from the movie Help! That I could not imagine the steps involved in arriving at any kind of future at that age aided the fantasies. The future for me was vague, uncharted territory, a tomorrowland disconnected from my past and my present, and therefore a perfect repository for fantasies stitched together from movies and TV. Years later, when I was about 12, I remember wanting to lull myself to sleep with these fantasies in the old way and, sadly, not being able to sustain a vision of the future that had no bridge from the present.

Katherine, meanwhile, had managed to hold on to the future as a fantastic island unconnected to anything past or current in her life. The real story of her life was always to come. The price of maintaining this vividly imagined future is that she had to live in a featureless, useless present. I think we tend to see our “stuck” clients as mired in the past, reliving and repeating traumatic aspects of development in current relationships. But Katherine and many other substance abusers appear more stuck in the future, albeit a disconnected one. That this stuckness may have roots in early childhood emerges only when we investigate the fantasied future, which in Katherine’s case was a mirror image of what she didn’t get as a little girl–a world where her spontaneous, creative self received love, respect, and honor.