Disordered Eating: The Battle Against Change 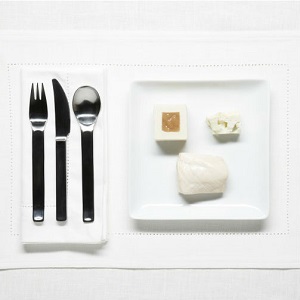 The season of spring is about renewal and rebirth: life-force energy that lay dormant through winter is now resurging above ground, driving the emergence of flowers and tender young shoots. Looking out my window, I can no longer see the street for the riot of leaves. Spring is a colorful illustration of the ongoing flow of life, a testament to the fact that everything is always changing.

Eating disorders are another matter entirely. Disordered eating patterns, which often seem irrational and illogical, offer protection from the unknown, the unpredictable. Rigid rules about what and how much to eat and when and how much to exercise, regular bingeing and purging episodes, constant thoughts about shape, size, and weight, daily scrutiny in the bathroom mirror: all of these things create a sameness and predictability to life. Day in, day out, the objectives are the same, the thoughts are the same, the actions are the same.

In the inner world of the disordered eater, life becomes comfortingly stable. Anxiety about the future and factors beyond our control are staved off by avoiding certain types or amounts of foods, or smoothed away with rich, heavy food, or tossed out by vomiting. The acts of eating or avoiding food function as antidotes to the existential angst we can feel when we contemplate the hugeness of life and the degree to which things are outside the boundaries of what we can control. The bathroom scale provides concrete reassurance that all is well or offers a tangible objective to accomplish via control of eating and body.

The majority of people who struggle with eating issues are female, and female bodies are a microcosm of life’s constant, rhythmic change. As the moon cycles through its stages from dark to full and back again, so do women’s bodies with their menstrual cycle, swelling and shrinking as hormone levels shift. For a disordered eater, whose body is the key to emotional well-being, these shifts can be terrifying, and under-eating enough to cause menstruation to cease can bring a certain sense of security.

All this goes to say that those who struggle with disordered eating often lack adequate resources for tolerating the uncertainty of life. Fear of the unknown, and lack of skill in handling that fear, can become motivation to avoid situations that induce such fears. Avoidance of uncomfortable emotional states is a hallmark of eating-disordered thinking and behavior. And the more one avoids such situations and emotions, the less well equipped one is to handle them when they inevitably occur. On these occasions, eating-disordered beliefs, thoughts, and behaviors swoop in to handle the fallout, reducing discomfort via the reassurance of food restriction or excessive exercise, the release of bingeing and purging, or the soothing numbness of overeating or bingeing.

The rhythm of life, the change of the seasons, and the monthly cyclical changes in women’s bodies are expressions of the nature of life: constant flux. As I write now, a windstorm is buffeting the branches and leaves of the trees outside my window. Safely and securely connected to the solid tree trunks, the branches and leaves flail wildly, but return to stillness when the wind dies down. For the disordered eater, lacking a sense of a solid “trunk,” unexpected or challenging circumstances appear dangerous, inspiring fear of being knocked loose from some safe base.

So footholds and perches must be established, and they come in the form of eating and exercise rituals, and often perfectionistic striving: to be the smartest, the thinnest, the prettiest, the best in sports, the nicest, the best at work, and to avoid speaking up if it would mean rocking the boat—beyond reproach. For disordered eaters, this precarious status creates the illusion of security.

All this adds up to something that is aesthetically pleasing yet lacks substance, like paper flowers: pretty and perfect, lacking in life force. Disordered eaters trade their life force for the security that internal sameness and predictability bring. To heal is to dare to let go of this safety and jump into the currents of life, ragged and wild.