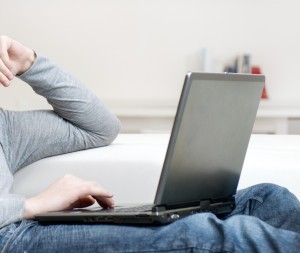 In my first blog post last month I wrote about my work as a sex therapist, and how “talking about sex” can help us to heal memories and repair and strengthen relationships. Many of the responses I’ve received have been about addiction to sex (especially internet pornography) and the devastating effect it has on committed relationships, or on the ability to form intimate relationships.

Internet overuse can be compared to alcoholism, drug addiction, or compulsive gambling. Like alcoholics or those who abuse drugs, people who are addicted to the Internet use it to change their mood and feel better—a pathological attachment to a mood altering experience.

Chad is one example. At 27, he’s bright, attractive, and rising rapidly in his legal firm. But he’s never had a girlfriend, and remains a virgin. The three A’s have become a deadly vortex that keep him isolated and lonely, afraid to actually date “real girls.” He’s found a site that provides affordable live video streaming via webcam. A live young woman reads his typed “commands” and sexually performs for him. She can’t see Chad, only he can see her. Accessibility—24 hours per day. Anonymity—complete.

In my practice I see many similarities between compulsive gamblers and cybersex addicts. Like a gambler at a casino, someone logging onto the net enters a world of lights, color, adrenaline, intrigue, and excitement, with risk often added to spice the brew. In addition, there are no clocks or windows in casinos or on the Internet, so any sense of time is blurred, if not lost. The cyber-sexual addict is interacting, engaged and involved, and what’s more compelling than sex—or the promise of sexual release—or (usually for women) “true love?”

Marlys has been married for many years. Her husband, an engineer, spends long hours, and most weekends, at the office. Through a classmate’s site Marlys got in touch with Todd, a man she had dated in high school who is recently divorced. She spends many hours instant messaging him, and their texting moved to sexting months ago. “Now,” she reports, “it doesn’t hurt anymore when my husband is unavailable; I won’t be with him much longer!” She is convinced that life would be better with Todd.