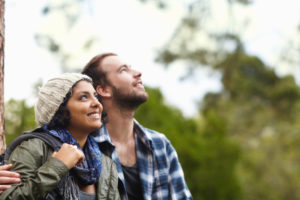 A recently developed therapy approach, emotional awareness and expression therapy (EAET), may ease symptoms of fibromyalgia, according to a study published in the journal PAIN.

The randomized clinical trial assigned 230 adults with fibromyalgia to one of three groups. One group received cognitive behavioral therapy (CBT), which is currently supported by research as an effective treatment for chronic pain. A second group received EAET therapy. EAET therapy encourages participants to see their pain as the product of alterable brain circuits that can be affected by emotions. It also encourages them to identify and process emotions such as sadness and anger. These two therapy groups were then compared to a control group that received only educational information about fibromyalgia.

Each group met weekly for eight weeks. Researchers assessed participants on a number of pain and emotional measures before, immediately after, and six months following treatment. Compared to participants who received only fibromyalgia education, those who participated in EAET reported better physical functioning, fewer symptoms of depression and anxiety, greater life satisfaction, and fewer difficulties with cognition. About a third (34.8 percent) said they were “very much” or “much” improved, compared to just 15.4 percent who said the same in the educational group. This suggests EAET may offer benefits comparable to CBT.

On some measures, EAET outperformed CBT. More participants in the EAET group (22.5 percent) than in the CBT group (15.4 percent) saw a 50 percent reduction in pain. Following treatment, EAET participants also had fewer fibromyalgia symptoms than those in the other two groups.

Although pain does have a psychological component, this does not mean the symptoms are not real. What it does suggest is that people may be able to better cope with pain by changing the way they think about their life and about their pain. These changes in thinking can help pain feel less severe and help life feel more manageable. In short, EAET’s focus on pain sensations as changeable and linked to emotions may help people regain a sense of control after experiencing the loss of control that can accompany fibromyalgia.