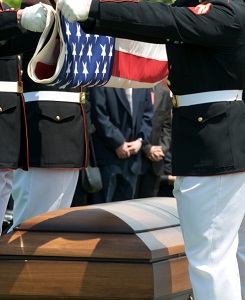 The number of U.S. military suicides reached an all-time high in 2012, with the 349 self-inflicted deaths—nearly one per day—far exceeding the number of combat deaths during the same span.

Equally troubling is the rate of suicide among military veterans. According to a study by the Department of Veterans Affairs, 22 veterans, on average, take their own lives each day, or one every 65 minutes. People ages 50 and over account for 69% of those deaths.

Clearly, more needs to be done to strengthen mental health care for veterans. We turned to our panel of Topic Experts for answers. Specifically, we asked them the following questions: 1) Aside from the stresses of the battlefield, what factors do you believe contribute to this epidemic? 2) More importantly, what can the military—and society—do to address it? 3) What can be done to ensure active-duty and reserve military, as well as veterans, have access to the resources and support they need? 4) How does this story speak to you as a mental health professional?

What do you think about the epidemic of suicide among military and veterans? Do you agree or disagree with our Topic Experts? What would you add to the conversation? What steps would you take to address the problem? Please let us know in the comments section below.