Therapists Are Human, Too! 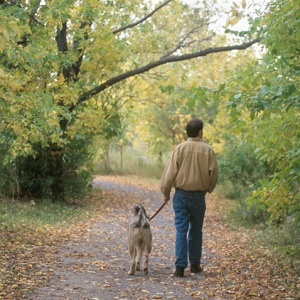 At times I can be didactic and preachy with clients. I fall into believing that I have some special knowledge about life. I believe that I’m expected to pass along little gems of wisdom in sessions as if I know what life is really about. My client and I collude in forgetting that this is my first life too. What do I know?

Outside the consulting room I am not always so wise. I can lose my soft-spoken, reflective stance and be as reactive and unreasonable as the next person. I would say that it is worse for therapists when this happens.

We have the extra layer of shame that comes from feeling we should know better. What if a client saw me arguing with the bank teller, pushing my way onto a crowded train? Who do you have to be to be a therapist?

A 33 year-old Finnish solicitor named Leo*was referred to me for anxiety and mild depression, the mainstays of modern therapy. His lack of eye contact during his previous cognitive behavioral therapy treatment earned him a tentative Asperger’s diagnosis. The referral letters from his psychiatrist and previous psychologist read like lab reports on a strange species.

Leo is very sensitive. He would have been hurt and angry if he saw those letters. I do not blame him. So much of our language as so-called mental health professionals pretends that we are somehow superior to the client.

In our first meeting Leo was furtive and a bit suspicious so we spent time talking about what it was like to be together. He was despondent about therapy and quizzed me about my approach. I said I wanted to work from his own experience and understanding and I said a bit about Focusing, a form of self-awareness that a friend of his had found helpful.

I encouraged him to ask me about what I thought and felt about him and over the first few sessions we gradually developed an honest and respectful rapport. I felt very accepting towards him and I told him so. We had moments of warmth. Then he eventually thawed as he came to really believe that I wouldn’t reject any part of him, even those aspects of himself that he continued to condemn as shameful and wrong.

In our twelfth session we decided to review our work. I felt it was really important to hear from Leo what he felt was useful in our meetings. He had certainly changed. His relationship with his boyfriend had become much more communicative, his behavior at work had become more caring, and he had found a way of standing up to his father without losing his temper.

As we reviewed his progress, Leo held out his hands to show me that he no longer bit his fingernails. I could see that the rough nails and bloody fingertips had healed into soft smooth flesh with trimmed nails. He smiled broadly. I smiled back, “Good for you. You seem very proud of that Leo.” He began to laugh, obviously delighted with the change. “What helped you to stop biting them?” I asked. Leo took notes after our sessions so I was pretty sure he had a hypothesis about why this resilient habit finally changed.

“Well,” he said thoughtfully, “You remember that session when we really talked about this habit of biting my fingers?” I nodded. “Three things happened there that helped me. You helped me talk about what it meant to me, that I was ashamed of my fingers because they showed people how anxious I felt and they would know I’m not like them.

“Then we talked about substituting a different behavior that wouldn’t be so visible. Those two things helped a lot. I started to tap my fingers together instead of bite them and that helped me for a while. It was less noticeable and I felt less embarrassed. Now I hardly ever do that anymore either.

“But you know, the most helpful thing was that you showed me how you chew your lip, you were even doing it in the session. You said many people have a kind of thing they do when they are concentrating and you did too. That helped the most. I felt less weird about it and it was easier to stop. I felt it was okay, biting my fingers didn’t make me different and wrong.”

I was surprised by Leo’s response. I repeated it back to him to make sure I’d understood. He said it again, “Yes, the most important thing in these sessions is the constant acceptance you show me, no matter how awful I think I am. I really believe you now.” We stared at each other. “You’re looking right at me Leo.” He smiled. I said, “You know it feels like we can really accept each other.”

Leo had allowed me to be myself. By accepting me with my own foibles he had freed me from having to be an expert on life. He allowed me to drop the role of mental health professional. He could have rejected me and my lip biting.  But he accepted me as the slightly anxious person I am and I could bear him seeing me like that. We had both overcome the trance of withdrawing from each other into pretending and hiding in order to belong.

We finished our contract three months ago and I continue to reflect on my time with Leo. By accepting each other we created a healing connection. We overcame the anxiety that kept us isolated in our separate selves, silently believing that we cannot be real and be accepted at the same time.

Seen from this perspective therapy is the bridge that spans our isolation from one another. It is a place to welcome humanity, one by one, back into a community of belonging. A place where the vulnerable ‘I’ of separation becomes a ‘we’. Therapy is not a treatment any more than marriage, friendship, motherhood and fatherhood are treatments. I am coming to believe that therapy, when it works, is mutual redemption of the lonely ‘I’.

Perhaps implicit in each phobia, trauma, addiction, and compulsion, depression and anxiety, is the loss of our human belonging. Therapists aren’t whole, perfect beings sharing our wisdom about acceptance. We also seek connection and redemption from our own human exile and isolation. Otherwise how could we be helpful?

It is only those who need redemption who can offer it. After all, wasn’t it that need to connect that motivated us to become therapists in the first place? And isn’t it in the consulting room that many of us allow ourselves a depth of vulnerability and courage that we seldom achieve in our daily lives?

* This account is based actual client work but is heavily disguised. Names and identifying information has been altered to protect client confidentiality.