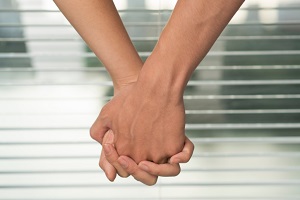 In my view, there are four particular dimensions of therapeutic priority for marriage therapists and the couples they serve:

The first dimension is power, which is made up of assumptions, rules, loyalties, and boundaries—those conscious and unconscious.

Ralph Waldo Emerson wrote, “Who you are speaks so loudly, I can’t hear a word you’re saying.” One aspect of power in relationships might be called security. In relationships, security is a river flowing both directions, though unseen.

Security is also intrinsically tied up with fidelity—the real, known, and experienced faithfulness of a partner. Without fidelity, there is no security. Without security, there is no intimacy. Ultimately, therefore, intimacy requires a starting framework made of commitment, honesty, and trust, which, of course, are all woven together.

The affect dimension is about the underlying experiences of emotion between people.

Dr. Keith Sanford (2007) at Baylor University conducted a fascinating study on the effects of the perception of emotion in couple relationships. Sanford’s study called emotions perceived as asserting power “hard” and emotions perceived as expressing vulnerability “soft.” Sanford found, in the interplay of such perception in intimate relationships, that emotion precedes emotion.

Sanford wrote: “What you perceive your partner to be feeling influences different types of thoughts, feelings, and reactions in yourself, whether or not what you perceive is actually correct.”

These ideas have implications for how we conceptualize self-awareness and the now ubiquitous “mindfulness,” both in our intimate relationships and in nearly every kind of human relationship, including friendship and international diplomacy. Ultimately, perception matters, and, thus, we must perhaps finally learn to, as Jimmy Durante sang so persuasively, “try a little tenderness.”

The creativity dimension is where entrenched ruts in behavior and relationships are encountered and engaged.

In conflict-rich marriages, “fight, flight, or freeze” reactions are easily triggered and emotions are volatile and oscillate between fear and anger. Intimacy is achieved in releasing control by increasing actions and messages conveyed in spite of fear and anger, rather than at their whim. The effective development and implementation of a new conflict dynamic is inherently creative.

Anyone who has attempted to follow someone else’s marriage advice knows that marriage problems are not solved by applying equations. Any attempt to relate in a new way, to stir intimacy, truly requires an artful re-engineering—what you might even go so far as to call innovation—if it is to have any chance for success. This is the magic of collaborative systems-minded therapy.

Dr. John Gottman, executive director of the Relationship Research Institute in Seattle and author of Why Marriages Succeed or Fail, has categorized three types of marriages: validating, in which partners pick their battles and fight fair; volatile, in which they fight all the time; and conflict avoiding, in which they rarely fight. All three are equally stable, Gottman has found, as long as the marriage is working for both partners and there is a minimum of criticism, defensiveness, contempt, and stonewalling (toxic patterns of engagement which Dr. Gottman named “The Four Horsemen”).

Clearly, we find ourselves working within fixed patterns. And while the overarching themes of our relationships—clashes of temperament, conflict styles, and so on—may well persevere over the long haul, we mustn’t lay continually victim to our own hypnotic preconvictions and trauma-tomated reflexes. It may take therapy and more, but the truth is, we can and should change.

Zig Ziglar once said, “The chief cause of failure and unhappiness is trading what you want most for what you want now.” Certainly, in our marriages, we can easily become trapped in selfish habits that pour wrath on emotional bonds. We, in fact, can literally become neurophysiologically addicted to our ruts. Whatever it may be, the path toward marital fruitfulness is a path of patience, intention, and distraction from such bad habits—recovery, in this sense and in any sense, requires what I call transformational creativity.

The truth dimension is about the damaging messages of worth and purpose that a person lives by and that a marriage may live by.

The Christian apostle Paul described in his letter to the Ephesians two models as to how husbands should love their wives. The first is “as Christ loves the Church,” and the second is “as he loves his own body.” The first provides a metaphor of selflessness and grace, and the second emphasizes care and diligence.

I encourage couples to evaluate what they believe to be true about their relationship—about the story of their relationship and about the qualities of their love. As psychoanalysts have believed for over a century, sometimes the careful ushering of beliefs, thoughts, and emotions below our surface of awareness into conscious self-awareness, in and of itself, has power to stir change.

In the course of therapy, couples are challenged to face their own conceptions of truth and have opportunities to rewrite—perhaps over time, even rewire—truth about their marriage. That is, the hidden stuff of truth in marriage is, in a manner of speaking, encoded into reflexive patterns, and the challenge of intimacy is for truth to become more holistically embodied and enlivened.

Ultimately, intimacy implies authenticity, a full exposure of self to other. Martin Buber called this an “I-Thou” relationship. Buber (1970) contended that we should work to experience ourselves more openly and nondefensively in our most meaningful relationships, describing how we often fail to fully regard and reciprocate. He referred to this common experience as an “I-It” relationship.

It’s easy to miss the real “other” in our spouses. Often we might as well be standing in front of a mirror when we come home to share our day. True intimacy entails a responsibility requiring courage and a continual empathic striving.

In the best of circumstances over the course of therapy, the therapy pact—sealed by these four high-priority dimensions—has taken on powerful and life-changing meaning and translates into significant changes in the ways a couple structures their life together, shares what is meaningful, creatively negotiates through challenges, and conceptualizes the narrative of their journey.