The Mixed Relationship Between Social Media and Depression 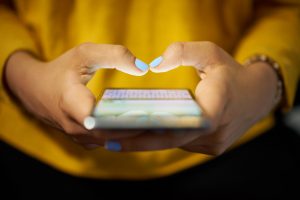 Does Social Media Cause Depression?

Researchers analyzed data from previous studies spanning 14 countries. The studies included a total of 35,000 participants ages 15-88. The study found a significant correlation between social media use and depression, but the correlation was a complex one with no clear causal relationship. Instead, the risk varied with age, personality, and how participants used social media.

People who negatively compared themselves to other social media users were highly vulnerable to depression. Friendships with former partners and envy were correlated with an increased risk of depression. Frequent Facebook posts also increased the risks, possibly because these posts enabled users to ruminate on negative emotions.

The researchers suggest social media may also improve mental health. Some users may rely on social media to manage symptoms of depression or to reduce isolation. For example, online support groups can help people with depression who cannot access therapy, or those who need support in between therapy sessions.

Some social media users may use their accounts to maintain relationships and express themselves, potentially improving their mental health. However, a 2015 study suggested teens who felt pressure to maintain a constant online presence were at a higher risk for mental health issues.