The Brain in Defense Mode: How Dissociation Helps Us Survive 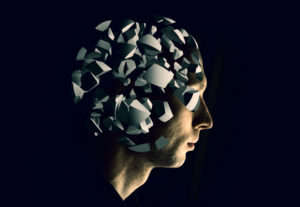 According to Ross and Halpern (2011), there are several definitions of dissociation. One of them (referred to as “the general systems meaning of dissociation”) is “the opposite of association” or the disconnection of two or more things that were once associated with each other. Another definition, presented by Steinberg and Schnall (2001), defines dissociation as “an adaptive defense in response to high stress or trauma characterized by memory loss and a sense of disconnection from oneself or one’s surroundings.”

Dissociation occurs when someone disconnects from some part of himself or herself or the environment. It can occur in a number of different ways, including disconnection from one’s emotions, body sensations, memories, senses, etc. A normal and common phenomenon, dissociation can happen in mild forms even when there is not imminent danger or stress. Think of a time you drove somewhere, arrived, and then couldn’t remember the drive because your mind was wandering; an instance when you lost track of time because you were engrossed in a riveting television show; or when you disconnected from body sensations to avoid going to the bathroom when you were on a tight deadline at work.

Dissociation is something we all do, and it is a vital part of our ingrained survival system. It is a part of the system that helps us to cope with stressful situations, which may otherwise feel overwhelming (Steinberg and Schnall, 2001). It is built in and is not pathological (Ross and Halpern, 2011). However, when a trauma occurs, sometimes this built-in system disconnects to a greater degree in an effort to protect the individual from traumatic material, body sensations, emotions, or memories that may be overwhelming.

Dissociation related to trauma occurs in varying degrees. On the lower end of the dissociation spectrum, for example, let’s say someone was in a car accident. A few days after the accident, the person finds that he or she cannot recall parts of the accident, even though reports of others were that he or she was conscious and responsive during those times he or she cannot recall. On the other end of the spectrum, someone who was severely abused throughout life can dissociate to the point that he or she has more than one personality, all of whom display and contain their own characteristics and who hold different memories associated with the trauma.

The goal in therapy is not to eliminate dissociation completely, but rather to help the brain and body to update to the current circumstances. Specifically, this would include helping a person to integrate current information about the present circumstances in which they live.

For the traumatized individual, dissociation may help him or her to survive circumstances that may have otherwise been intolerable. Dissociation can help a person feel as if situations, his or her body sensations, emotions that would have been overwhelming, etc., are muted and distorted so he or she can then go into “autopilot” mode and survive extreme situations and circumstances. When trauma is ongoing, dissociation can become “fixed and automatic” (Steinberg and Schnall, 2001). When this is the case, integration of memories becomes difficult for the brain, and the brain also continues to send of signals of danger, even when the traumatic situation is over (Steinberg and Schnall, 2001). This can continue for years after a traumatic situation has ended.

According to Steinberg and Schnall (2001), the five central symptoms of dissociation are:

For someone who is concerned that he or she is experiencing a more-than-normal incidence of dissociative symptoms, help is available. Several accurate tests are available through therapists and psychologists who have been specially trained in diagnosing and treating dissociation and trauma.

The goal in therapy is not to eliminate dissociation completely, but rather to help the brain and body to update to the current circumstances. Specifically, this would include helping a person to integrate current information about the present circumstances in which they live. If no danger currently exists, helping the brain and body to learn how to be safe would be one part of treatment. Working toward being able to maintain awareness of the present moment, body sensations, emotions, surroundings, etc.—also known as mindfulness—is one way to start to address dissociation, especially prior to any trauma work that needs to be addressed.

As a therapist, I appreciate dissociation as a valuable gift our brains are able to give us when we endure trauma. I emphasize to the people I work with in therapy that dissociation has helped them to survive, and we can acknowledge that this is a defense that has perhaps worked for longer than it was intended. It is important to remember that experiencing more than a regular level or type of dissociation as a result of trauma does not make a person defective. Rather, it shows that he or she has been able to live through and survive extraordinary circumstances that no one would be able to endure without the brain’s ability to dissociate.