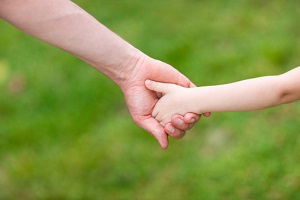 It’s About Connections Not Compliance

The “it” in this statement refers to what is important for parents and therapists to be attending to as they guide and help. Connections are most important. I am not saying that compliance isn’t important; that would be far from the truth. Compliance, values, ethics, adherence to rules, and related constructs are very important. The question is, “how to get compliance, values, ethics, adherence to rules, etc.?” While is certainly is true that you can get nearly anyone to do nearly anything if you exert enough force; that does not lead to internalization or to following the rules when the person exerting the force is not present. For example, when we put a car thief in jail, that person does not steal anymore cars; at least not while still in jail. But, what is the recidivism rate for car thieves is very high, over 50%. What parents want is for their child to internalize their values and beliefs and to “act good,” whether or not the parent is present and watching. The way to get compliance is through connections.

A parent described the following story to me that exemplifies what I am talking about here. This family would use as a consequence the removal of “screens” (CRT’s, TV, Videos, Games, Cell phone, Computer, etc.) whenever their son misbehaved. When their twenty-two year old son, who by now was three inches taller and forty pounds larger than his father, was home from college one summer he did something that the father was not pleased with, so he said to his son, “That’s it, no screens for the weekend.” The young man looked at his father and said, “Can you do that?” to which the father replies, “Yes, I’m your father.” The parent described how for about half a minute he could see his son thinking something like, “Oh, bummer, it’s gonna be a boring week; and I had plans too.” The father then realized that this wasn’t the best approach and he and his son had a chat about what the father was unhappy with. However, the parent was struck with how his son seemed willing to accept the “punishment.”

So, I am not saying, “don’t expect compliance.” What I am saying, is that it is through building a relationship, through connections, that real compliance is achieved.

Mistakes Are Not a Problem, Lack of Repair Is

Everyone makes mistakes. What is destructive is the lack of repair of the mistake. Repair involves accepting responsibility for having made a mistake and an apology of some sort. It is very important that therapists and parents be able to acknowledge when they have made an error and apologize for that mistake. This models openness and demonstrates how to recover and repair the relationship that was damaged by the mistake. What often prevents the repair of the relationship is the parent’s or therapist’s shame about what was done. Shame leads to hiding and acting as if nothing happened.

An example may help clarify this. I was seeing a mother and eight-year-old boy for the first or second time. The boy has a long and extensive history of maltreatment by his birth family and several subsequent foster families. He met the DSM-IV criteria for reactive attachment disorder and bipolar I disorder. He would often engage in self-injurious behaviors, such as picking at himself till he bled. We were talking about his birth family when I looked over (he was sitting to the left of me on the couch between me and his mother) and saw that he had picked his nose till it bled and was wiping it on my sleeve. I believe that it is the “job” of the therapist to manage the pace of the session and to keep everyone regulated. So, I looked over at John and said, “You don’t want to talk about this anymore?” He said, “No, I don’t.” I replied, “I’m sorry, I didn’t realize that sooner. We can talk about something else, then; what would you like to chat about?”