Who Tells the World What Therapy Is (and with What Consequences)? 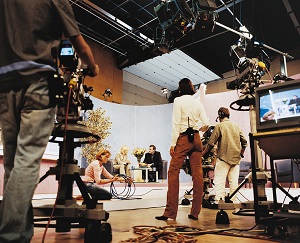 It is of the greatest concern to me that therapy is being presented on television in a way that definitely does not represent the best of psychotherapy as I know it. This by itself interferes with people finding out what help is truly possible when they need therapy, want therapy, or are called to therapy as a means of healing and growing, building their capacity to feel, live in truth, and reach their full potential.

Not only is therapy being presented in a compromised way, it is being presented by people, for example, who either aren’t really therapists, but rather medical doctors, or who once practiced as therapists but don’t anymore.

It is being presented by people who have turned into media personalities, and thus their commitment is no longer to their clients, but to producers and ratings. It means there has to be a visible, audible process and outcome, which precludes silence, time, space, and a rhythm in the evolution of the therapeutic process which is the client’s own rhythm. It means the path of the therapy is likely to be more about holding the audience’s attention than it is about the client’s healing to the root. It means the entertainment value likely will require far more drama than depth, more conflict than exploration and opening up, more intensity than true feeling, and more feigned connection than true contact and trust.

Speaking of trust, real healing takes authentic trust. And real trust takes time to establish and grow. What kind of trust can be created on television, when millions and millions of people are watching you try to go into your deepest wounds and through them to the other side? It’s more likely the TV personality will be interacting with a TV client … either because both want the spotlight or because the TV client is desperate for help and willing to be intimidated into whatever the TV therapist offers.

All this “TV therapy” hides from the public the real possibilities of healing to the root with therapists who have integrity—including the integrity to do their own healing to the root. This conceals from people a true image of the best of therapy—the noblest, the most trustworthy, the safest, the most reliable, the most truly helpful. This is therapy at its essence—a healing of the soul.

And all this “TV therapy” perpetuates a false image of therapy. It spreads an image of the worst of therapy in the public eye, an image that people believe is therapy. An image that likely causes many people to stay away from real therapy. An image that can cause people to settle for therapy that is less than it can truly be. An image of therapy that is damaging, even dangerous … if not in the short run, certainly in the long run. For example, if television therapists are abusive, as some are—even if the abuse is the kind of abuse that’s been normalized in our world—and if these TV therapists are celebrities, people will likely believe that’s what they have to expose themselves to in therapy. If television therapists give their “patients” quick fixes, as many do, and if this is presented as the norm, the public will come to settle for quick fixes in therapy … just as they do in other aspects of their lives. Quick fixes such as medication without real therapy; controlling behavior, thoughts, and feelings without doing the therapy to heal what causes those behaviors, thoughts, and feelings at the root; distracting from the suffering rather than following the suffering to its source for true healing; and on and on.

It is not helpful for these TV personalities to become the faces of therapy. It distorts the portrayal of what therapy can really be and who a therapist can be—at his or her best. When you bring millions of people into the therapy room (or even just one person with a camera), you break the confidentiality and change the dynamic of the therapy. When you move into the role of TV personality, you change the dynamic of therapy. And you change the goal, for the TV personality, the producer, and the financial backers want the televised session or series to come out well, as judged by the public’s gauge.

A well-trained therapist in the privacy of a therapy room, on the other hand, would want the truth to come out, and for the client to be able to feel what is inside that is driving his or her outer life awry. When you bring therapy to television—no matter how popular reality TV is becoming—you turn therapy into entertainment. But therapy is not entertainment; it is a sacred journey to help someone reconnect with his or her mind, body, heart, and soul.

As for me, I would not want people to ever imagine the therapy I would do with them would be anything like what they’re seeing on television. I would want them to learn about the therapy I do firsthand, person to person, in the sanctity of the therapy room and the healing process. Wouldn’t you want to learn about therapy firsthand, person to person, in a safe, integritous way that is personal to you, to who you are, to what your suffering is, and to what you truly need?