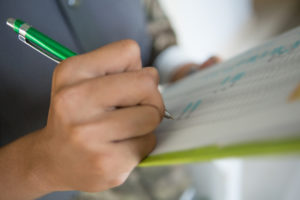 According to a new working paper by psychologists Patrick Forscher and Nour Kteily, people who identify with “alt-right” ideologies see non-white people, women, feminists, and other groups as less human than white men. Hillary Clinton ranks as the least human of all other people and groups in the report. The paper might help explain why white supremacists who attacked counter-protesters in Charlottesville, Virginia, during a protest against the removal of a Confederate statue saw the counter-protesters as the instigators.

The paper has not yet been published in a peer-reviewed journal, so the data are not nationally representative and should be considered preliminary.

What Motivates the ‘Alt-Right’

Forscher and Kteily surveyed 447 people who identified as “alt-right” in April. They compared the sample’s answers to 382 participants who did not identify with the alt-right.

Participants answered open-ended questions about their beliefs, common myths about the alt-right, and their views on minority and multicultural groups. They also ranked various groups on a scale of 0-100, with 0 indicating a less evolved group and 100 indicating a very evolved group. Previous research suggests this question correlates with dehumanization. Alt-right groups tend to dehumanize groups they view as “less evolved.”

The control group ranked all groups in the 80s or 90s, while the alt-right participants engaged in systematic dehumanization. Their average ranking of each group or individual is as follows:

Participants who identified with alt-right ideology showed significant differences with the control group on many measures, including their answers to open-ended questions. They were more likely to report bullying or harassing people online, more likely to believe police do not get enough respect, and more likely to report revenge-seeking behavior. They scored higher than the comparison group on measures of narcissism and authoritarianism.

Is White Supremacy About Economic Disenfranchisement?

Some analysts have argued that economic disenfranchisement breeds white supremacy. Disaffected white people look for someone to blame, often embracing racist ideology as a result. The study does not support this conclusion.

Survey results indicated people who identified as alt-right were not more socially isolated than other groups, nor are they more concerned about the economy than the comparison group. Rather than focusing on transferring power from elites to other groups—the outcome researchers would expect if the group was about expressing anger at economic oppression—group members primarily focused on perceived supremacy to, and aggression directed at, minority groups. People who identified with alt-right beliefs were significantly more likely to admit to aggressive behavior.

The authors say they believe knowing more about the psychological profiles and motivations behind people who identity as alt-right can help researchers better understand white supremacy. They say this is the first step to potentially change what leads white supremacists to express prejudice and discrimination, and changing that motivation may help prevent violence and aggression against minority groups.