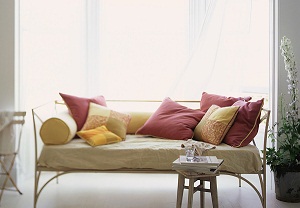 My friend and colleague, Linda Poelzl, has been working as a professional surrogate partner for 17 years. As a local writer commented a few weeks ago after meeting both of us, what this means is frequently misunderstood.

Sometimes I think “sex” is the most powerful and misleading word in the English language! Call Linda a sex surrogate and people start imagining her writhing in coitus.  Call me a sex therapist and local readers post, “How sicko and disgusting that we have a sex therapist here in San Luis Obispo County!” on their Facebook walls.

Our local weekly (the New Times) was particularly excited to arrange an interview with Linda and me because of the flood of positive publicity surrounding The Sessions, a new film based on actual experiences in the late 1980s when surrogate partner Cheryl Cohen Greene worked with polio-disabled journalist and poet Mark O’Brien.

In the trailer, there is one scene in which two astonished hotel workers watch a nervous and paralyzed O’Brien being loaded into an elevator on a stretcher. When one of them asks why they’re taking him upstairs, the other explains that he has an appointment with a “sex therapist,” a misnomer that has Linda and other surrogates feeling frustrated.

“The public doesn’t comprehend that you and I work together to help people heal!” she says. Where my work as a therapist is psychological, Linda’s is physical, employing exercises focused on intimacy, body image, relaxation, and the giving and receiving of touch or “sensate focus.” Sexual intercourse occasionally does occur, but it is a minor part of her work.

Common presenting issues for men include rapid ejaculation, delayed ejaculation, and very often, simple inexperience—one of Linda’s current clients is a 32-year-old virgin. “He’s never, until recently, held hands, kissed a girl, had sex,” Linda says. “He’s a gorgeous guy! There are a lot of people around who are silently suffering.”

Some people refuse to differentiate what Linda does from prostitution, she explains. What they don’t comprehend is that she never works alone. After each session, she relates her impressions to me, which enables me to better assist clients through many challenges toward sexual healing.

I, in turn, communicate with Linda after each talk session in my office, and the three of us usually meet together to conclude the surrogate’s involvement. Legitimate surrogate partners always work in tandem with therapists who have an ongoing established relationship with the client they refer.

I was introduced to Linda by Cohen Greene herself, and we’ve worked together for much of this year. Her approach is gradual, with the first sessions devoted to getting acquainted, discussing issues, and building rapport. “I’m going to touch you, and you’re just going to relax and feel and enjoy it, and then we’ll check in at the end …”

“And that’s usually like hands and face and maybe a foot rub—the first couple sessions are with clothes on, usually,” Linda says. “And sometimes if the client is ready and I’m ready, we might take clothes off in the third session … to do an exercise called ‘Body Image’ … it’s more about being comfortable with each other nude before we get into being sexual …

“We answer questions. I talk about condoms and safe sex. Then we usually get into bed … and I ask them about their bodies, and how they like to be pleasured. After that, it pretty much gets into whatever their problem is. If they have rapid ejaculation, we do exercises to work on control and awareness. A lot of times people think it’s all about intercourse, and it’s not. That’s a small part. Usually by the time they’re ready to do a lot of that, they don’t really need me anymore.”

It’s natural intimacy work, pure and simple. Many people yearn for the physical experience, the orgasm, without the relationship, without the intimacy. One without the other never satisfies in the end. So the work that Linda does, in conjunction with the work that I do, is invaluable.