Who Is to Blame for Your Sexual Problems? 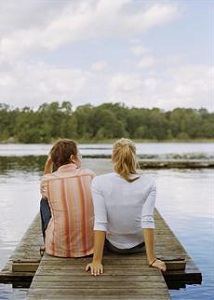 I treat couples, mainly coming in with sexual disorders, and much of the time I treat individuals also. In many cases, the person who comes in for the treatment is in a relationship, often times a long-term relationship. When a sexual malfunction pops up in a relationship or in the bedroom, it’s easy to point the finger and assume the problem or blame lies within the person who exhibits the symptoms. For example, with arousal issues, such as excessive dryness or painful intercourse in females or rapid ejaculation or early termination of erections in males (when medical or organic causes have been ruled out), it’s easy to simply send the person with the symptoms to individual therapy or to place all the blame on this individual in couples therapy.

Even in couples therapy, in many cases, it is generally laid out in such a way that the person who is the one with more physical symptoms is the one who takes the brunt of the blame in the relationship. In some cases the blame comes from the other person, who is pointing the finger, diagnosing the problems in the relationship, with a strong understanding of the possibilities to treat the problem. And in many cases, the individual with the symptoms agrees, “It’s all me, this is my fault,” and wants to take on all of the responsibility, leaving the other party completely unaccountable.

Yes, we all come with our specific baggage into the relationship, and sometimes those specific types of baggage exacerbate what is going on in the relationship. The opposite may also be true: the relationship may exacerbate our symptoms, and in many ways, it makes sense to send the individual who has the symptoms to therapy alone or for him or her to seek out therapy alone, owning the problem. But what often happens when one person goes to individual therapy to get “fixed” is that he or she immediately goes back to the environment, that is, the relationship, where the partner is still acting and behaving the same, on the same premise as before, without any understanding of the progress the individual who is in therapy is making or changes he or she desires to make, and the individual in treatment is then susceptible to the triggers that led to the previous pattern to begin with.

So, even if both are present in therapy, yet one is begging to take the responsibility or is being singled out as the main cause of the issues, this not only signifies an imbalance in the particular issue but may also help to explain why and how many other imbalances in the relationship begin. Sometimes it’s blame that puts one person down, and sometimes the person taking all of the responsibility takes away power from the other person. These are intricate power dynamics that happen in the relationship. The sexual aspect is just the most obvious symptom of a much bigger theme.

This is why I call sexual disorders the gateway symptom that will lead us to understand the dynamics in a relationship. It is rare that a psychological sexual issue is a stand-alone problem of one individual, even if it predates the relationship, for the simple reason that we repeat patterns in relationships, and we seek out partners that make it easier to continue those behavior patterns. We help each other perpetuate our baggage. We are creatures of habit. In order to change our behavior patterns, we need help from someone in our environment. We cannot do it alone.

For these reasons, I always prefer couples therapy in which both partners are available. It is very difficult for a relationship to change if only one partner is present. It takes two to tango, remember that saying? Well, it’s true.

Related articles:
Help! My Date Nights End with Erectile Dysfunction!
7 Steps for Talking Your Way to a Better Sex Life
If Only My Partner Would Change, Then Everything Would Be OK