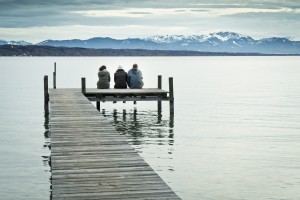 As a therapist who specializes in working with LGBTQ (lesbian, gay, bisexual, transgender, queer) teens and their families during the coming-out process, I am often witness to the reactions parents have to a teen revealing his or her sexual identity. These reactions range from “We suspected for quite a while” to “We had no idea!”

As I work with these families, the expectation is that therapy needs to focus on the issues surrounding the teen coming out. While this support for the LGBTQ teen is vital, in my experience, parents may need just as much support. Parents are often in territory that is new to them and they may not have developed the language to speak effectively and sensitively with their teen, or the awareness to sort through their own changing perspectives.

One of the most basic things that I have parents focus on is that the child they have lived with and known for years is still the same person. One of the most supportive things any parent can offer at the moment of coming out is simply a hug and reassurance that there is still a relationship based on love. Remember that when a teen comes out to his or her family, he or she has probably been thinking about and building anxiety around how that coming-out experience will play out and be received. Simply connecting with the teen will help to relieve some of the anxiety and reassure the teen that there is still space for him or her in the family story.

It is also important at the beginning to simply listen and support. Even with parents who suspect that a teen may be gay, it is important that they take time to process some of their own feelings before opening up a litany of questions and concerns. When parents are caught completely off guard when a teen comes out, it is vital to offer loving support to the teen and at the same time recognize that there are questions and concerns that there may not be answers to immediately. Parents may need time to adjust to this new information and to process it.

As parents begin the process of unraveling their feelings about their teen’s sexual orientation, it is also a good time to gather information and learn more about what it means to be a member of the LGBTQ community beyond stereotypes and popular conceptions. Parents can join organizations such as PFLAG and gather the latest info regarding LGBTQ teens on the GLSEN website. As parents become more educated, they can release some of their fears and build a foundation for conversation with their teen.

As the process continues, another question that may arise is, “Who gets to know?” The coming-out process is just that, a process, and how the information is disseminated is worth discussing. Often, a teen will come out to one parent first and then ask for that information to be held in confidence for a time. There is no need to force the conversation, and it can help the process a lot if the teen feels like he or she is in charge of who gets to know. It is also common for a sibling, friend, relative, or teacher to know first, so I encourage parents to be OK with the fact they may not be the first to know.

Finally, don’t forget that while it should be a priority to be open and available to converse with your teen about his or her sexual identity, it is not all that he/she is. He or she is still facing all of the same battles and angst that other teens go through as they develop their identity. Be sure to support LGBTQ teens in all their efforts in life, including school, hobbies, sports, friendships, and spirituality. Though it may seem like the coming-out story is the most important thing on the list at the moment, teens are complex, vital, intriguing, and amazing people who are open to guidance, acceptance, and love in all forms and areas.