Suicide Most Likely after Midnight, Other Mental Health News 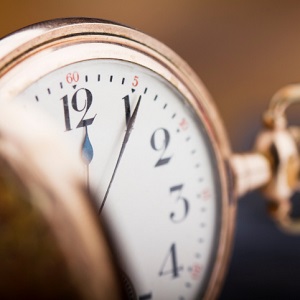 To people who have lost loved ones to suicide, suicide can be sudden and inexplicable. But a new study has found that the timing of suicide does follow a certain trend. Researchers evaluated data from the National Violent Death Reporting System and the American Time Use Survey, and examined a total of 35,332 suicides. They found that an average of 2.13% of suicides occurred every hour between 6:00 a.m. and 11:59 p.m.

After midnight, the suicide rate trended up, averaging 10.27% of all suicides every hour. The most frequent time for suicides was between 2:00 a.m. and 2:59 a.m., accounting for 16.27% of all suicides. The researchers who conducted the study argue that their data points to insomnia as a risk factor for suicide.

The stress of adjusting to civilian life, posttraumatic stress, and other mental health factors can all conspire to increase the risk of veterans behaving violently. Researchers have devised a new tool that may more accurately identify veterans at risk of violence. The Violence Screening and Assessment of Needs (VIO-SCAN) evaluates veterans’ stress levels, prior exposure to violence, financial stability, addictive behaviors, risk of posttraumatic stress, and other factors based on a veteran’s answers to specific questions. A “yes” answer to some questions increases a veteran’s risk of violence. Veterans are scored on a scale of zero to five, with five indicating a veteran is at a heightened risk of violent behavior.

Premature Death, Suicides Up Among People With Schizophrenia, Study Says

Researchers have found that bicyclists report better moods during their commutes than either train riders or drivers report. Cyclists, according to the study, are typically young and healthy, which may partially explain their higher levels of happiness.

Do Stressed-Out Men Have Weaker Sperm?

Men under stress may have more difficulty impregnating their partners. The study was small, examining only 193 men, making it a preliminary study and not the final word on the issue. Researchers found that men who reported more frequent negative life events or higher rates of stress had lower quality sperm and a lower sperm count than men who did not report high stress.

When Teachers Are Depressed, Preschoolers May ‘Act Out’ More

Teachers may influence their students in unpredictable ways, according to a study that evaluated 761 families and teachers. Researchers looked at three-year-olds who spent five hours per week or more with teachers. They found that teachers who reported experiencing depression had students with more behavioral and emotional problems. Among this group of teachers, students were more likely to behave in angry, aggressive, anxious, or withdrawn ways. Researchers note that most of the children in the study came from low-income homes, and that this is itself a risk factor for behavioral challenges.

A protein called amyloid-beta has been repeatedly linked to the formation of brain plaques that lead to Alzheimer’s disease. A new study has found that healthy sleep may protect against the production of amyloid-beta proteins. The study was small, evaluating 26 middle-aged men, so its data is preliminary. Researchers found that men who reported sleepless nights had higher levels of amyloid-beta proteins in their spinal fluid, potentially increasing their susceptibility to Alzheimer’s.