Substance Use and PTSD: Why Self-Medicating Can Be Harmful 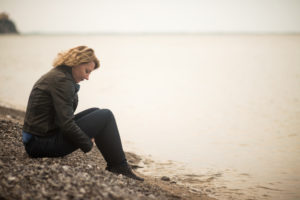 My last article discussed the ways food is sometimes used to ease the symptoms of posttraumatic stress, a condition characterized by intrusive memories, nightmares, avoidance of places or things which trigger bad memories, and sleeping issues, among others. In these cases, overeating or undereating may provide a self-soothing effect. Food may be satisfying, tasty, or filling. All of these may provide comfort, but none of them directly affect (or blunt) emotions.

In this article, I’ll talk about substances that directly affect the way we feel. That is, they have a psychotropic effect. This can lead to a substance use disorder (SUD). The most common SUDs involve:

The Effects of Substance Abuse

Alcohol consumption is considered by many to be a part of various life passages, such as weddings and funerals. Binging on alcohol after a loss, the breakup of a relationship, or other negative events is a film cliché that is well supported by our culture. An occasional binge may be part of life for many. There may not be adverse long-term effects, other than some regrets. But a more subtle and dangerous outcome can result when self-comforting after a hard day gets to be habitual or leads to regular substance abuse or addiction.

Alcohol is the most common (and legal) substance leading to addiction. But prescription anti-anxiety medications (benzodiazepines), marijuana, opiates, and nicotine play a similar role. Marijuana is increasingly available legally as both a medicinal and recreational drug. The current opiate epidemic is well recognized.

There is no single paradigm for ingestion:

What these five substances have in common is that they are more likely to be abused by people who have PTSD. When people with PTSD also abuse substances, they may be diagnosed with a co-occurring substance use disorder (SUD).

Another thing they have in common is that substance use or abuse is likely to increase the likelihood a traumatic event resulting in PTSD will occur. Impaired judgment, distraction, or motor coordination may play a role in an auto accident, for example. Physical assault may result in a traumatic event that amplifies PTSD symptoms.

One study examined the effects of alcohol use on those with PTSD. It found outcomes were significantly worse for those who used alcohol (Sampson, et al., 2015). One study found that self-medication with alcohol can make PTSD symptoms worse (Yoo, et al, 2017). A recent study with mice supports this result. Alcohol’s availability, relatively low cost, and legality all help to make it the most common substance of choice for people hoping to self-medicate.

Although the prescription medications such as Xanax, Klonopin, and Valium prescribed to treat PTSD in the past, it is now believed they are no help at all, according to a study from the U.S. Department of Veterans Affairs. They might provide short-term relief of symptoms, but they are highly addictive and have been proven not to help in the actual treatment of PTSD.

Beyond being addictive, these medications pose a risk for accidental overdose, mood problems, slow reaction times, and trouble with thinking and memory. According to The National Center for PTSD, these prescription medications “do not help with PTSD symptoms and can have serious side effects over time.”

Medical marijuana is now legal in many states. Some states also allow recreational use of marijuana. Due to this increase in legality, marijuana is another substance people may use to self-medicate for PTSD symptoms. Since 2009, marijuana abuse is the substance use disorder most commonly treated by the Veterans Administration (Bonn-Miller & Rousseau, 2017). One study of military personnel indicated worse outcomes in PTSD symptoms, violence, and alcohol consumption among marijuana users (Wilkinson, Stefanovics, and Rosenheck, 2015). Researchers found that people with PTSD symptoms who stopped using marijuana had better outcomes. This could indicate that continued use might interfere with other treatments.

People experiencing significant emotional pain may attempt to treat symptoms themselves with whatever means they have available. This method of coping is certainly understandable. But alcohol, marijuana, and opiates are more likely to worsen PTSD symptoms than relieve them.

There is some anecdotal support for the idea that marijuana may help control symptoms associated with PTSD. But according to the National Center for PTSD, “there is no evidence at this time that marijuana is an effective treatment for PTSD. In fact, research suggests that marijuana can be harmful to individuals with PTSD” (Bonn-Miller & Rousseau, 2017). Further, people with PTSD who become addicted to marijuana may find it difficult to stop use and respond to treatment.

The opioid epidemic is a current cause of concern in the U.S. It has resulted in more deaths than breast cancer (Kounang, 2017). Prescription opioids represent the most rapidly growing category of abused substances. They may result in significant health care problems, costs, and fatalities (Meier, et al, 2014).

The use of non-prescription opioids may put users at risk for infection from shared needles, additional trauma from high-risk activities associated with illegal drug use, and negative interactions with the justice system.

Research has also linked negative treatment outcomes for PTSD with opioid abuse. In other words, PTSD treatment may not work.

“Vaping” is becoming a more popular practice. But most people who use nicotine do so by smoking cigarettes. There appears to be a high correlation between cigarette use and PTSD. One study showed the prevalence of smoking in those with PTSD was 46%, compared to only 23% for the general population (McFall & Cook, 2006).

One study on quitting smoking found, among people who had one of 13 different mental health concerns, people with PTSD ranked 10th for ability to quit smoking. Many studies support the idea that people with PTSD are much more likely to smoke tobacco and to continue smoking, which can lead to poor health over time. The negative effects of nicotine on health are well supported by research. Smoking is not only proven to have a negative impact on health, it also generally does little or nothing to reduce PTSD symptoms.

People experiencing significant emotional pain may attempt to treat symptoms themselves with whatever means they have available. This method of coping is certainly understandable. But alcohol, marijuana, and opiates are more likely to worsen PTSD symptoms than relieve them.

Getting treatment for PTSD offers the greatest long-term relief, as well as the opportunity to address substance abuse. In the case of opiate use, treatment of addiction is the primary concern.