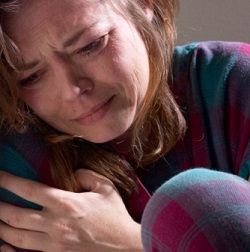 Suicide can leave bereaved loved ones agonizing over what they could have done differently and angry that a person they loved didn’t care enough about them to stay alive. Popular websites and common wisdom suggest to suicidal people that suicide is a selfish act because of its consequences to those left behind. New research confirms that people who attempt suicide don’t do so out of selfishness, though. Instead, their actions are spurred partially by their belief that they pose a burden to those around them.

The study, presented by SANE Australia at Australia’s 2014 National Suicide Prevention Conference, evaluated 31 Australians who had attempted suicide. Researchers asked participants what support they received, whether they talked to loved ones about the suicide attempt, and what factors affected their recovery. Many participants reported that they felt they burdened loved ones and believed that their loved ones would be better off without them. It was also common for participants to report that they felt worthless and did not believe there was a way out of their misery.

Eighty-seven percent of participants had been diagnosed with at least one mental health condition. Common triggers for suicide included drug and alcohol abuse, symptoms of a mental health condition, and inadequate access to appropriate professional help. Participants reported that they frequently felt stigmatized and that such stigma added to their desire to commit suicide. Many believed that by ending their own lives they could put an end to the stress and suffering their symptoms imposed on those around them.

The study’s authors emphasize that people who have attempted suicide may feel judged and isolated. By avoiding judgmental and critical attitudes, though, bystanders and loved ones can become better equipped to help those considering suicide.

If you are feeling suicidal or are worried about someone you love, you can get help 24 hours a day by contacting the National Suicide Prevention Lifeline at 1-800-273-8255.

‘Suicide is not a selfish act’ say survivors who have attempted to take their own life – new research. (2014, July 24). Medical News Today. Retrieved from http://www.medicalnewstoday.com/releases/280052.php