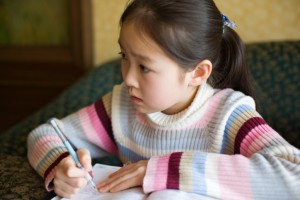 Children with attention-deficit hyperactivity (ADHD) are accustomed to warnings to stop fidgeting. Their busy brains can overload their bodies, and the stress of having to sit still and fight boredom can cause fidgety behavior.

Kids with ADHD, though, often insist that fidgeting helps them focus. And based on the results of a small study, they might be right.

Fidgeting: a Helpful Tool for Kids with ADHD?

The study, published in the Journal of Abnormal Child Psychology, argues that fidgeting may help children with ADHD retain more information. To test the effects of fidgeting, researchers assigned a series of tasks to 52 boys ages 8 to 12. Twenty-nine of the boys had ADHD, while 23 had no symptoms and no diagnosis.

“The assertion that children may focus better when fidgeting makes a lot of sense,” said Carey Heller, PsyD, a Bethesda, Maryland-based therapist who writes about ADHD for The Good Therapy Blog. “Lots of individuals with ADHD are able to sustain attention better when they are fidgeting. The trick is to provide an outlet for fidgeting that is not disruptive or distracting, either to the child or other people.”

Helping Children with ADHD to Focus

Heller suggests a number of ways that parents and educators may be able to use movement to help children with ADHD learn and pay attention.

“Have your child use exercise bands on the bottom of their chair and push or pull their legs on them,” Heller said. “Engage in subtle stretching during class, such as crossing the legs to stretch the hamstrings. Hold a stress ball, large eraser, or other similar item, or use a very small bicycle—just the pedals and a small stand.

“If managed well, fidgeting can be a great asset to improving focus.”