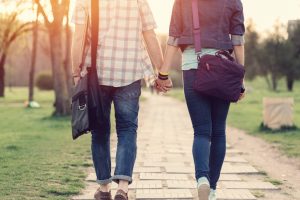 Teenagers and young adults often experience misogyny and sexual harassment in their relationships, according to a new report from Harvard University. The report found many adults are highly concerned about “hookup culture,” causing them to neglect more prevalent concerns among young people.

The study is part of the Making Caring Common project, a project dedicated to nurturing responsible, justice-oriented young people. Dr. Richard Weissbourd, Senior Lecturer at the Harvard Graduate School of Education, directs the program. He is also the study’s lead author.

Weissbourd and his colleagues drew upon more than 3,000 formal and unstructured interviews with teens and young people across the country. The interviews uncovered some trends:

Lack of Meaningful Discussion Between Adults and Teens

The survey found adults consistently fail to address the topics that most frequently and harmfully affect young people. For example, 76% of participants said their parents had never discussed with them how to avoid sexually harassing others. When parents did discuss topics such as sexual consent, respondents said those discussions wielded significant influence.

Both teen and adult respondents expressed excessive worry about “hookup culture.” Research suggests hookups are not as pervasive among young people as many adults believe. However, myths about hookup culture can pressure young people into sex before they feel ready. Teens and young adults may also feel shame and embarrassment.

The study’s authors urge parents, educators, and other adults to be ready to respectfully and frankly discuss the issues that most frequently affect young people. They highlight the need to educate teens about respectful relationships, move beyond clichés and platitudes, intervene when they witness degrading behavior, and openly discuss what it means to ethically handle romantic relationships.