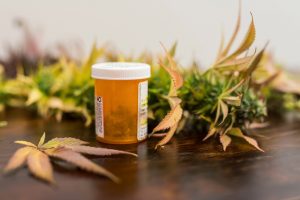 People taking psychoactive medications and drugs for conditions such as chronic pain tend to prefer medical cannabis to other drugs, including sedatives, opioids, and antidepressants, a study published in the International Journal of Drug Policy has found.

Many analysts have expressed concerns about the use of opioids to treat chronic pain. More than 183,000 people died of prescription opioid overdoses between 1999 and 2015 in the United States. Some research, such as a recent study that looked at states with medical cannabis laws, suggests access to medical marijuana could reduce opioid abuse.

Medical Cannabis: Alternative to Opioids and Other Drugs?

Survey respondents had been prescribed drugs for a range of reasons, including chronic pain, mental health conditions, and gastrointestinal issues. Overall, 63% reported using cannabis instead of prescription drugs. The most common drug class for which participants substituted cannabis was opioids, accounting for 30% of the total. Sixteen percent of participants used cannabis to replace benzodiazepines, and 12% used cannabis instead of antidepressants.

Cannabis was also a popular replacement for potentially addictive nonmedical drugs. Twenty-five percent of respondents used cannabis instead of drinking alcohol, 12% used it instead of cigarettes or tobacco, and 3% replaced illicit drugs with marijuana.

The study’s authors suggest side effects, concerns about addiction, and level of safety figure prominently among the decision to use cannabis instead of other drugs. Some medical cannabis users report cannabis works better than more traditional prescription drugs.

The study found participants often faced barriers to accessing medical marijuana. More than half (55%) were charged for their cannabis prescription, with 25% paying more than $300 for the prescription. Some participants still purchased cannabis from unregulated sources despite having a prescription.