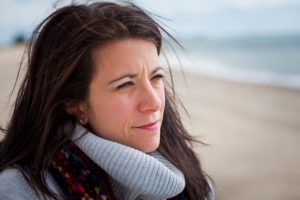 As many as 25% of pregnancies end in miscarriage, yet many people remain unaware of just how common the experience is. It’s commonplace not to reveal a pregnancy until the end of the first trimester, when the risk of miscarriage diminishes. Consequently, many women don’t tell loved ones about their miscarriages, leaving them to experience their grief alone.

According to a new study published in Obstetrics & Gynecology, the secrecy that so often surrounds miscarriages has led to a lot of misinformation, as well as intense stigma surrounding the experience.

Researchers surveyed 1,000 men and women about their views on miscarriage, and found that more than half thought miscarriages were rare (occurring in fewer than 6% of pregnancies). Men were twice as likely as women to hold this mistaken view.

Myths about the factors that cause a miscarriage were pervasive. Seventy-six percent believed that stress leads to miscarriage, with 64% mistakenly believing that lifting heaving objects could lead to pregnancy loss. One in five respondents incorrectly thought that a prior abortion, previous use of an IUD, not wanting the pregnancy, or getting into an argument could cause a miscarriage.

Importantly, many of these erroneous risk factors for miscarriage are within a pregnant woman’s control. This suggests that many people believe that miscarriage is preventable or the woman’s fault.

How Stigma Feeds the Pain of Miscarriage

When so many people mistakenly believe that miscarriages are rare, it’s no wonder that many women who experience miscarriages are exposed to insensitive behavior, such as inquiries about when they’ll get pregnant again or reassurances that the miscarriage was “for the best.”

Among respondents who experienced a miscarriage, 41% felt they had done something to cause it, and 41% reported feeling alone. Twenty-eight percent said they were ashamed of their miscarriage, and a third thought they could have prevented it. In reality, miscarriage is commonly due to medical or genetic issues that a woman cannot reverse once she’s pregnant.

Helping Someone After a Miscarriage

When myths about miscarriage are so common, it’s easy to understand why so many women feel isolated after the experience. If someone you love experiences a miscarriage, don’t diminish the severity of the loss by telling her it’s no big deal or she can try again. Expect someone who has had a miscarriage to experience intense emotional pain, and don’t be surprised if it takes a while for her to feel physically well again. Avoid speculating about the cause of the miscarriage or pointing to things the woman could have or should have done, since this can feed a sense of shame.

Because miscarriage is common and it’s impossible to know if someone you know has experienced a miscarriage, it’s wise to avoid prying into someone else’s fertility by asking when she’s going to have children. Odds are good that you know someone who has had a miscarriage, so don’t assume a person’s lack of children means she doesn’t want them or isn’t trying. Women who have recently had a miscarriage may need time to grieve the loss before trying again—if they try again. And if someone you love has struggled with recurring miscarriages, asking when she intends to get pregnant might only remind her of the loss.