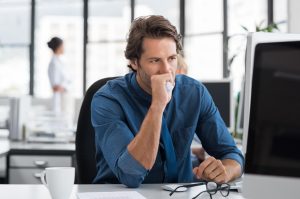 Though men and women are at a similar risk of being bullied in the workplace, they may have different reactions to it. A study published in the journal Labour Economics explored absenteeism due to workplace bullying and found that men are more likely to leave the workplace in response to bullying.

The study’s authors say workplace bullies may make it difficult for an employee to do their work properly, hand more interesting or rewarding tasks to other employees, or repeatedly change an employee’s work.

How Men and Women React to Workplace Bullying

Researchers studied 3,182 people who worked in a variety of public and private organizations. Participants provided data to the 2006 Bullying Cohort Study, which was conducted in Denmark, and answered the Negative Acts Questionnaire-Revised.

The results remained consistent even when researchers controlled for factors such as attachment to the labor market, personality, and previous history of sick leave. The study’s authors suggest future research could explore if some people are repeatedly targeted for bullying across workplaces.

According to 2010 data from the Workplace Bullying Institute, bullying is four times more prevalent than illegal harassment behavior. Thirty-five percent of American workers report being bullied, and 15% of workers say they have witnessed bullying. Sixty-two percent of workplace bullies are men, and 58% of bullying victims are women.