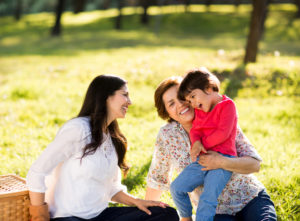 According to a study published recently in Frontiers in Public Health, substance abuse rates are low, even among black adults and adults of Latin-American or Hispanic descent who have multiple risk factors and live in urban environments. The study identified several risk factors for substance abuse in this group, as well as protective factors that can lower the risk of substance abuse.

A 2011 JAMA Psychiatry study found that, among adolescents, drug use is highest among white and indigenous Americans. The study found just 5% of black adolescents have a substance abuse issue, compared to 7.7% of Hispanic teens, 9% of white teens, and 15% of indigenous youth.

The fact that black teens are arrested for drug crimes at ten times the rate of white teens may help create the misperception that drug use is more common among black youth.

The study gathered data on 2,853 adults who were black or of Latin-American descent and lived in a high poverty area. About a third (36%) met diagnostic criteria for a substance abuse diagnosis. Researchers then identified factors linked to substance abuse, as well as those correlated with a lower risk of substance abuse.

Homelessness, poverty, low health literacy, symptoms of depression, low support from loved ones, and incarceration were significant risk factors for substance abuse. Protective factors included emotional support, instrumental support (such as transportation or provision of childcare), higher levels of education, greater health literacy, and employment. People who had more protective factors were less likely to abuse drugs or alcohol, even when they had some risk factors.

Overall, 27% of women and 38% of men fell into low-risk groups based on the presence of protective factors.

The study did not look at childhood trauma, intimate partner violence, family strength, violent victimization, or engagement with the community as risk factors for substance abuse. Previous research has found a correlation between these experiences and substance use. So the study’s authors caution their data might not provide a complete picture.

The study was correlative in nature. This means researchers did not prove the risk factors they identified cause substance use. They emphasize it is unclear which comes first, and it may be that substance abuse increases the prevalence of other factors, such as homelessness and incarceration.

Rather than treating risk factors as single issues, the study argues in favor of using Syndemics Theory. This theory holds that two or more risk factors cluster together and act on one another, creating profiles of risk. Providers can comprehensively treat addiction only by treating all factors as a whole and addressing the ways these risk factors interact.