Study: Herpes More Common in Brains of People With Alzheimer’s 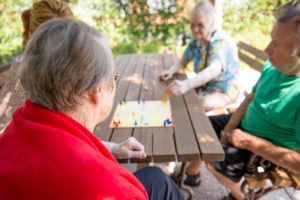 Alzheimer’s is a form of dementia that attacks memory, personality, and executive function. Previous research has identified a number of modifiable risk factors for Alzheimer’s. Some studies also suggest exercise may reduce Alzheimer’s risk in people with a genetic predisposition to dementia.

Despite this data, Alzheimer’s remains poorly understood. Researchers don’t know why some people get dementia and others don’t. Nor do they know how to predict the course of Alzheimer’s.

Untangling the Connection Between Alzheimer’s and Herpes

Researchers began the study analyzing genes in the brains of people with early-stage Alzheimer’s. They had hoped to pinpoint which genes had unusually high levels of activity. In this way, they hoped to determine which genes were connected to Alzheimer’s.

During their analysis, researchers found an unexpected trend: the brains of people with Alzheimer’s were more likely to contain the herpes virus. Researchers found genomes belonging to two herpes strains: HHV6A and HHV7. (Neither of these strains is associated with cold sores.)

Researchers decided to replicate the study using two more cohorts. There were 662 brains with Alzheimer’s and 332 healthy control brains. The same strains of herpes were present in around 30% of the people with Alzheimer’s. Yet the herpes virus was almost nonexistent in the brains without dementia.

Does Herpes Cause Alzheimer’s?

It’s difficult to separate factors that cause Alzheimer’s from those merely correlated with the disease. This study is no exception. It’s unclear whether the virus is a trigger for Alzheimer’s or if people with Alzheimer’s are simply more vulnerable to brain infections. The study did find that some herpes genes appeared to activate or boost the activity of genes linked to Alzheimer’s.

More research could help assess the impact of herpes genes on Alzheimer’s genes. Even if herpes is a risk factor for dementia, it’s not the only risk factor, since many people who don’t have herpes get dementia.

Alzheimer’s can exact a hefty emotional toll. People recently diagnosed with Alzheimer’s may struggle with grief, fear, and anger. Those who care for them may be overwhelmed by the challenges of caregiving and feel fearful about the future. Therapy can help both individuals and families improve their coping skills. With proper support, it is possible to manage the challenges of life with dementia.