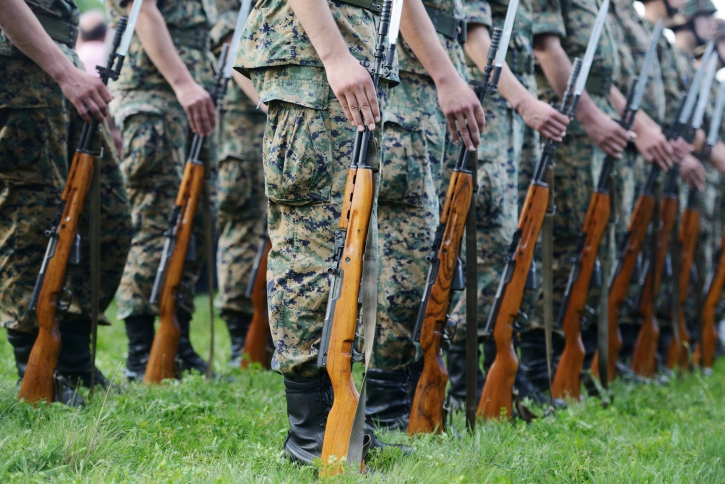 According to a new study from the Department of Veterans Affairs, as many as 2 in 5 women in the military report experiencing sexual harassment or assault. Nationwide, about 1 in 5 women and 1 in 71 men report being raped at some point in their lifetime, suggesting a much higher rate of sexual assault among military members.

Sexual Abuse in the Military

To explore the prevalence of sexual assault in the military, the Department of Veterans Affairs asked 60,000 veterans who served during the conflicts in Iraq and Afghanistan to complete surveys on unwanted sexual behavior during their time in the military. About a third—20,563—responded. Four percent of men and 41% of women reported experiencing sexual harassment during their service. Less than 1% of men and 9% of women said they had been sexually assaulted.

Though proportionately fewer men than women experienced sexual trauma, there are significantly more men than women in the military. In 2011, women made up 14.5% of active-duty military members.

The Consequences of Reporting Abuse

Critics claim that the military has not done enough to prevent sexual violence, pointing to a culture of sexism that punishes victims for coming forward. The Department of Defense is required to study the military’s response to rape, sexual abuse, and other forms of sexual assault. The most recent report, containing data for 2014, suggests that women who come forward with claims of sexual violence were often penalized for doing so.

About two-thirds of women who reported sexual violence said they had faced some form of professional retaliation, such as being denied a promotion. The majority of these reprisals came from the same superiors who were charged with investigating the crime, according to the survey. An additional 26% report being ostracized by other soldiers for reporting sexual violence.

The military is working to reverse this trend. In three quarters of cases, the military took disciplinary action against perpetrators. Victims of sexual violence in the military can seek help directly by calling the military’s anonymous hotline at 877-995-5247.