Study: Exposure Therapy May Work Better in the Morning 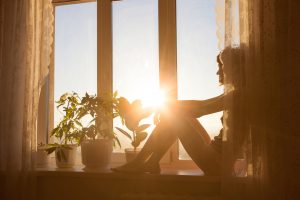 The results of a small experiment suggest exposure therapy, which is often used to treat phobias, has the most impact when scheduled in the morning. By identifying the influence of natural variables like time of day, standard therapeutic approaches could potentially be enhanced with relatively small changes, such as scheduling exposure therapy sessions for mornings.

Phobias and other fear-based conditions can lead to anxiety by making perceived threats seem much larger than they are. The natural human reaction to a threatening situation is commonly referred to as the fight or flight response.

Part of this reaction is the production of a chemical called cortisol, also known as the “stress hormone,” which triggers other effects throughout the body. Research has shown cortisol to be instrumental in alleviating fear during particular therapies, and levels of cortisol tend to be higher in the morning, suggesting time of day may be a factor in the efficacy of certain therapies.

To examine the association between time of day, fear extinction, and cortisol levels, the study’s authors recruited 24 individuals with agoraphobia—fear of being in large, public places—and frequent panic attacks to participate in exposure therapy sessions at different times of the day. During the sessions, they were placed in a setting they perceived as threatening and asked to remain there until the sense of fear began to dissipate (minimum 30 minutes).

Prior to and following each session, participants completed surveys to establish the severity of their panic symptoms, along with avoidance behaviors, perceived threat, and sense of situational control. The researchers also tested their cortisol levels. As predicted, participants in the morning sessions exhibited greater gains as indicated by lessened symptom severity between sessions. Cortisol levels were also found to be higher before morning sessions, suggesting the improved effects of exposure therapy were associated with higher levels of the hormone.

Psychology Changes Throughout the Day

The study’s authors caution that the sample size was small, so further research is necessary to determine how higher amounts of cortisol can affect the efficacy of exposure therapy. Other factors may also be at play, including circadian rhythms, sleep quality, and attention control.

Response to extinction-based therapies is far from the only psychological measure known to fluctuate during the day. A 2015 article in the Journal of Vocational Behavior describes how time of day is associated with differing impacts of motivational sources.

Intrinsic motivation (self-satisfaction) was highest overall in the morning, and extrinsic motivators (external sources such as money) had a negative impact on productivity later in the day. It is possible the effectiveness of morning therapies is influenced by changes in other psychological systems throughout the day, like those related to motivation.