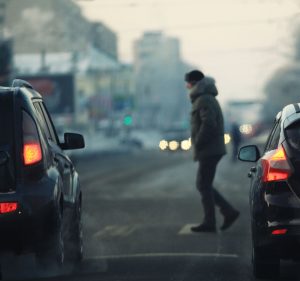 Many cars already have some automatic features, such as automatic braking if an object enters the car’s field of motion. As technology improves, self-driving cars may become available. They could even replace driver-operated vehicles.

Drivers must make decisions about safety every time they enter a car. Is it better to get to work a few minutes early or to not risk a speeding ticket? Should they swerve to avoid hitting an animal or prioritize the safety of the people in the car? Is it better to avoid an accident by veering left and potentially hitting an elderly woman or veering right and potentially hitting a teenager?

Many people have expressed ambivalence about delegating these subjective decisions to machines. To test how people think cars should make safety decisions, researchers conducted six surveys between June and November 2015. Each survey included between 200 and 450 participants recruited through the Amazon Mechanical Turk platform.

The results suggest people generally prioritize the lives of multiple people over a single individual. When forced to confront the demise of a loved one, however, opinions changed.

In one survey, researchers asked participants to imagine a loved one dying in a car accident. People were less willing to sacrifice their loved ones than themselves, expressing reluctance to kill a family member even to save several pedestrians.

Respondents to this survey still said they thought it was right for a car to sacrifice one person to save several. This suggests people might endorse certain moral principles in the abstract, but struggle to embrace them in reality. Previous research has found this approach is common in many moral dilemmas, not just those involving self-driving cars.