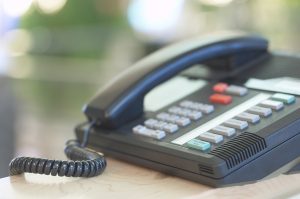 Although more than 1,000 sexual assault hotlines serve sexual assault survivors in the United States, little is known about how these hotlines are used or whether they are effective. A recent study published in the journal Violence Against Women explores how and when people seek help from hotlines.

Sexual assault—which includes any type of sexual violence, including rape, incest, child molestation, being grabbed by a stranger, and even some forms of medical assault—is the leading cause of posttraumatic stress (PTSD) among women. According to the 2011 National Intimate Partner and Sexual Violence Survey, nearly 1 in 5 women and 1 in 71 men have survived a rape. These figures may actually underestimate the prevalence of rape, as many survivors may be reluctant to report their experiences.

How Do Survivors Use Sexual Assault Hotlines?

Less than half (40.7%) of callers were sexual assault survivors. Most non-victim callers called to seek help for a survivor. Nearly half (49.1%) were medical and law enforcement professionals, 37.7% were family members, and 13.2% were friends.

Eighty percent of callers in both victim and non-victim categories were female. Most victims (86.5%) were female, and 13.5% were male. Of the calls that stated the victim’s age, 46.7% involved minors, and an additional 30.8% of calls involved survivors ages 18-24.

The median length of a call was five minutes, but calls ranged from 1-125 minutes. Calls involving “highly severe” situations accounted for 45.3% of calls, followed by “moderately severe” at 24.8% and “low severity” at 29.9%.

Most calls indicated callers used hotlines for crisis assistance, calling within 72 hours of an assault. However, calls made three or more years after an assault were also common, suggesting people who staff these hotlines need to be prepared to deal with immediate crises as well as long-term effects associated with sexual violence.

Many sexual assault hotlines started in the 1970s and now routinely work with sexual assault survivors of all genders and ages. Though hotline advocates are not typically mental health professionals, they often have extensive training in advocacy, sexual assault, and what survivors can expect from the legal and medical systems.

Although hotlines do not provide counseling, they may offer referrals to counseling and medical care. In some cases, sexual assault survivors can call a hotline to seek in-person assistance while undergoing a rape exam at a hospital or pressing charges at a police station.

A hotline known as RAINN (Rape, Abuse & Incest National Network) offers online help as well as a national telephone hotline, which can be reached at (800)656-HOPE. To access a local hotline, click here.