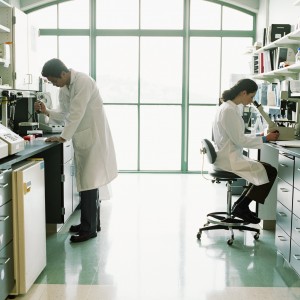 A variant in a gene that escalates synaptic pruning—a process that removes neurons from the brain that are no longer useful—could be linked to schizophrenia, according to a large study published in Nature.

Schizophrenia affects about 1% of the adult population and produces a range of symptoms, including delusions and auditory hallucinations.

The Link Between C4 and Schizophrenia

Researchers from the Broad Institute and Harvard University studied the genomes of 64,785 people to explore genetic links to schizophrenia. They found a clear connection between symptoms of schizophrenia and possession of a mutation in the complement component 4 (C4) gene, which has previously been known to help a person’s immune system to identify and target infections.

C4 is one of at least 100 genes that have been linked to schizophrenia, meaning it is not the sole cause of the condition. However, it may be the most significant. When researchers plotted the gene alongside other schizophrenia-related genes, mutant forms of C4 towered above all other genes associated with the condition.

Synaptic pruning is key to understanding the connection between C4 and schizophrenia. Schizophrenia typically appears during adolescence, which is also a time of rapid growth in the brain. Brain growth is usually followed by synaptic pruning, removing unnecessary or redundant connections.

The process itself does not cause schizophrenia, but research has already shown people with schizophrenia have fewer brain connections and less gray matter. According to the study, the mutant form of C4 may tell the immune system to destroy too many synaptic connections in the brain, increasing the risk of schizophrenia.

Could This Change Schizophrenia Treatment?

Jeffrey Lieberman, MD, a renowned schizophrenia researcher, was the president of the American Psychiatric Association (APA) from May 2013 to May 2014. He explained the potential implications of the study.

“The schizophrenia phenotype has long been associated with loss of gray matter in the brain,” Lieberman said. “Now that we have more information about what underpins this phenomenon, we are closer to understanding schizophrenia.”

The research will not change schizophrenia treatment today, Lieberman explained, but could open new avenues for future treatment. Slowing down the pruning process in people who are genetically vulnerable to schizophrenia might one day be possible, potentially reducing the incidence or severity of the condition.

Tips for People with Schizophrenia

Lieberman’s 2015 book, Shrinks: The Untold Story of Psychiatry, tells the tale of the discipline’s transformation from a speculative endeavor to an experimental, evidence-based science. The book highlights many of psychiatry’s missteps: lobotomies, hydrotherapy, and primal scream therapy, to name a few.

As a psychiatrist and long-time advocate for mental health issues, Lieberman believes people with schizophrenia often do not get high-quality care.

“People with schizophrenia and other severe mental illnesses have long suffered from a kind of benign neglect,” he said. “Doctors often settle.”

“The patient should be the barometer for what is working,” Lieberman said.

He suggests the following strategies for people with schizophrenia who want highly effective treatment: