Getting Unstuck Isn’t Easy, but It Beats the Alternative 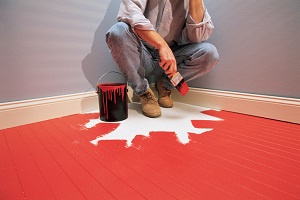 Let’s try an experiment. Put your thumb in your mouth and bite down on it firmly—don’t break the skin, but put your lips around your thumb and hold on hard. Keep it up for about 20 seconds or so. Now stop for a minute and take stock. How do you let go? Feel the release? The moment between hold and release is the sweet spot.

When I get stuck and I’m trying to figure something out, the best way is to be open and relaxed. Soon, the answer (or at least a clue) comes. This happens when I’m dreaming, meditating, just doing something that keeps monkey mind away and lets my unconscious bubble up. Sometimes I have a problem and think I’ll never find the answer, but I know that inside that stuck-ness there’s a secret opening that will lead me to another place. I just have to be brave and patient.

Have you ever heard of Richard “Dick” Whitman? He usually goes by another name: Don Draper (of the television show Mad Men). Draper is attractive, smart, and makes a lot of money, but he is not really Don Draper; his past is made up. During the war in Korea, he found himself in a situation where he could take on a different identity and leave behind his sordid and abusive beginnings. He did not want to be stuck to a horrible past, so he escaped and became someone else, and then he found he was stuck again—in a series of never-ending lies. Don is lost, but instead of asking directions or looking at a map, he is traveling blind.

This season’s show opens with Don and his wife laying on the beach in Hawaii. He looks miserable there in the sand, reading Dante’s Inferno: “Midway in our life’s journey, I went astray / from the straight road and woke to find myself / alone in a dark wood.” That’s a pretty accurate description of where Don is psychologically—astray, lost, and alone.

When Don switched identities, he cut himself off from his history because he wanted to escape the painful parts, an amputation of self and memory which injured his ability to grow. Seeds of growth hide inside stuck-ness. Burying them creates more pain; it’s better to locate and nurture those seeds, maybe with the help of a poet or a guide so you don’t get lost. When asked what he wants for the New Year, Don says, “I want to stop doing this.” He’s got to pull himself out of the quicksand that is his life.

Getting unstuck hurts, but it’s less painful than staying stuck. Poets and therapists have a lot of experience with stuck-ness—their own and other people’s—and they can help you find your way. This could be the beginning of Don’s awakening, a place to stop being stuck, if he is able to begin his fearless and deep inquiry into himself and know who he is.

Wonder how that works in real life? If you’ve ever been curious about how therapists deal with their own and other people’s stuck-ness, take a look at the book Defining Moments for Therapists, edited by Serge Prengel and yours truly. It’s 11 chapters of stuck-ness—and what happens next.