Stigma Affects Mental Health of Trans People, and Other News 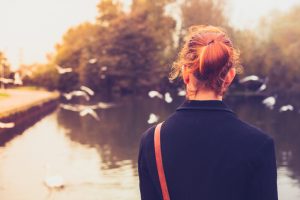 The study involved 250 transgender people ages 18-65. Each of the participants reported gender incongruity that began between the ages of 2 and 17. Researchers asked participants about their discomfort regarding the sex assigned at birth and any experiences of psychological pain, rejection, and violence.

Though most (83%) reported distress associated with gender incongruence in adolescence, social rejection was also high, with 76% reporting such rejection. Ninety percent said they experienced social, family, academic, or work problems due to their gender identity. Sixty-three percent reported being exposed to violence.

These findings suggest that stigma and abuse resulting from expressing one’s transgender identity, and not identity itself, is what is more likely to cause psychological distress and mental health symptoms.

The fifth (and latest) edition of the Diagnostic and Statistical Manual of Mental Disorders (DSM-5) removed the diagnosis of gender identity disorder, replacing it with gender dysphoria in an effort to give transgender individuals a diagnostic term that will allow them to access care without implying they are “disordered.” This change was not without its own controversy: many supported removing the condition entirely, but others argued that doing so would bar some from receiving necessary hormone therapy, surgery, and other care.

The International Classification of Diseases (ICD) still lists transgender identity as a mental health condition, though  according to the World Health Organization, revision committees have, thus far, supported its reclassification in the upcoming revised volume (ICD-11).

How a 1970s Psychology Study Explains The Bachelorette

Viewers may wonder how Bachelor and Bachelorette participants can so quickly claim to be in love, but a 1970s study may provide insight into this phenomenon. A 1974 Personality and Social Psychology study linked arousing situations, such as the plane trips and cliff jumps omnipresent in many reality shows, can provoke rapid feelings of love and attachment.

Most Teen Athletes at Low Risk of Painkiller Misuse 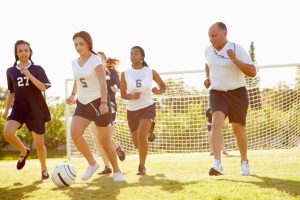 Drug research typically compares the studied drug to a placebo, since placebos often produce some improvements. Research increasingly suggests that these improvements are neither fake nor merely the product of psychological changes. Placebos may in fact change body chemistry and bodily functions, suggesting that changes in the brain related to placebo use could also produce meaningful changes in the body.

The Murky Role of Mental Illness in Extremism, Terror

Pain of Rejection Makes Us More Likely to Commit Fraud

People whose insurance claims are rejected are more likely to subsequently submit fraudulent claims, a study published in Frontiers in Psychology says. Researchers suggest that when insurers provide detailed and clear claim guidelines and an easily understandable rejection policy, people will be less likely to feel rejection and other negative emotions and may be less inclined to be deceitful when making further claims.