Staying Your Own Person while Home for the Holidays 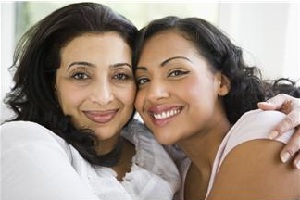 For adult children, going home for the holidays may be problematic. While it can be wonderful to see parents, siblings, and extended family, it can also be an occasion that brings up old, unresolved conflicts. One of the most typical unresolved conflicts is related to separation and individuation: while growing up at home, some children found it difficult to develop and assert their unique individual selves in the face of parents who (though usually well-intentioned) were controlling, critical, and/or hurt by their children’s differences from themselves.

When children leave home and are no longer influenced by the physical presence of parents, some feel free to find their own voices and develop their separate selves. Others continue to struggle with individuation, and often make some progress as new experiences exert an influence on their development of self. In both cases, when adult children return home they frequently find themselves reverting back to their childhood relationships with parents. They may find themselves becoming an earlier version of their unindividuated selves.

The myth of the happy family, sharing, smiling, pleased to be together around the family table at holiday time, may exacerbate conflicted feelings and raise questions, such as: Can I be myself, or do I have to pretend to be who mom or dad want me to be? Back at home, as adult children confront this dilemma consciously or unconsciously, old defenses emerge to help manage the old conflicts. Some will find themselves retreating physically or emotionally. Many will eat or drink too much to soothe and anesthetize the old feelings. Although it is rarely simple, the more one is aware of these patterns, the easier it can be to try not to fall into old behaviors.

Nora is a patient that I have been seeing for a little more than four years. She came to see me in her freshman year of college, right after she had been home for Christmas. She anxiously told me that during her visit, she ate continuously and tried to avoid her mother as much as possible. Her mother, however, pursued Nora to her room and Nora said she felt like she was undergoing an inquisition. Her mother complained that Nora didn’t contact her enough. She wanted to know what Nora was doing. Who were her friends? Was she dieting? Did she have a boyfriend? Which extracurricular activities was she pursing? These questions didn’t feel to Nora like simple motherly interest. Rather, they felt like her mother was sitting in judgment of everything she told her.

Nora had expected the experience she described to me and felt helpless as she anticipated that her mother was going to be critical and intrusive. Nora was familiar with her mother’s criticalness as far back as she could remember. She recalled how in grade school her mother would tell her that she should work harder at being popular. This became an incessant refrain by high school where her mother nagged that she was never part of the right crowd and why didn’t she have a boyfriend? Nora would keep silent when her mother pushed her to be different than she was. She would get angry inside, but was afraid to fight with her mother. She would retreat to her room and read books and she would overeat to soothe her feelings.

Nora and I worked together through her four years of college. When we first began our work together, Nora didn’t have a sense of herself as an individual unique person. She lacked confidence and self esteem and had no idea of what she wanted for herself. She was frequently angry, struggled with her weight and was often anxious and depressed.

As Nora and I talked in therapy, Nora developed a clearer perspective on her relationship with her mother. She realized that as an only child with a passive father (who has been in the same position with her mother as she is), she has had no family support or role model to help her deal with her mother. She also felt that she loved her mother. She had no idea that it was all right to assert her own separate self. Nora became aware that she was scared that her mother’s ideas about her were right and that there was something wrong with who Nora was.

Nora tried to protect herself from being influenced by her mother’s vision of who she was by keeping her distance when she was away at school. When Nora went home for Christmas during her junior year, her mother chastised her when she talked about planning to go to graduate school for engineering. Her mother made it clear that she disapproved of Nora’s ambition and that there was something wrong with Nora for not prioritizing marriage and children. After this visit, Nora noticed that she was more comfortable with her anger toward her mother for questioning her choices and her life. She recognized that she had developed more resilience with her mother, but that when she returned home, it was a struggle to maintain her good feelings about herself.

As we continued our work, Nora’s tolerance for her right to be different from and angry with her mother increased. She became more aware that she was the author of who she was and what she wanted. In her senior year, as she was preparing to go home, she worried that she would have a more difficult time refraining from getting outwardly angry with her mother. She also worried that if she kept her feelings in, she would start overeating as soon as she got home. (Nora had been trying to control her weight since puberty and it was another source of criticism from her mother). Nora and I worked on how she could allow herself to express anger at her mother and be able to tolerate her mother’s response. She was anxious, but realized she might be able to express anger in a controlled way, not in the explosive way that she imagined. As she visualized this possibility, she was able to be less anxious as she went home for the holiday. Nora felt successful when she returned to school after this visit with her family. Even though she hadn’t expressed anger toward her mother, she hadn’t overeaten. She felt good that she stood up for herself when her mother again criticized her choice to go to graduate school.

Nora graduated in June and is in graduate school for Engineering. She decided not to go home for Thanksgiving this year. Although her mother was very angry with her, Nora was happy with the decision she made to take care of herself. She told her mother she would be going away on vacation with some friends, but would be home for Christmas.

Now when Nora starts to recognize that she is thinking negative thoughts about herself, she catches herself and instead focuses on her positive self. She used to think there was something wrong with not wanting marriage and children. Now she sees that she has instead been able to cultivate the part of herself that wants professional recognition. She can look back and see that working as hard as she did in school, and not being so involved with boys, has given her an edge professionally. However, she can also recognize that part of not wanting a family of her own was related to feeling that if she got really close to a man or to her own children, she would have to give herself up the way she did with her mother. In fact, Nora has begun seriously dating for the first time. She has decided not to tell her mother about this yet. She wants to continue to test how she will be able to stand up to her mother. Nora has also been developing more friendships with women. Much like her fear that a man would take over like her mother did, she can see that her relationship with her mother doesn’t have to be a model for her relationships with men or women.

Gradually, over the past four-plus years, Nora has been able to tell her mother that she feels hurt or criticized when her mother becomes the judgmental inquisitor. Although her mother continues to argue with her and tell her she’s ridiculous or doesn’t know what’s good for her, Nora can tell her mother that she disagrees. They have had several arguments. Nora has stood up for herself when her mother has insisted that Nora is ungrateful or disrespectful for disagreeing. Nora has gotten to the place where she doesn’t believe she can change her mother’s viewpoint. She is working on accepting that if she is going to have a relationship with her mother, which she wants, she will have to find a way to hold onto her good feelings about herself and tolerate when her mother tells her she is disrespectful. Nora knows that she can feel sorry that her mother feels hurt, but she doesn’t have to blame herself.

Related Articles:
Developing Mutual Concern between Mother and Child
Lean on Your Partner to Make It Through the Holidays
Wanting, Needing and Individuation