Starting Over: A Story of Resilience and Therapeutic Growth 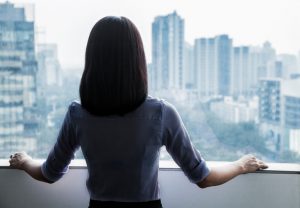 When Norma was a little girl imagining what life held for her, she saw herself married and with kids. She did, in fact, marry a lovely man, named Charlie, who treated her very well, and the first few years of their life together were golden. Charlie was a powerful businessman, and she helped him run his small company. Everything looked perfect. Charlie treasured her femininity and intelligence. They loved working together, developing resources for the future.

Then Charlie got sick; he had cancer. “We’ll beat this thing together,” they told each other. After all, Charlie was a strong young man. “Together, we can do anything!”

The doctors did all they could, but Charlie slowly grew weaker, then rallied, then got weaker still. First he used a walker, then a wheelchair, then became confined to his bed. Norma was his caretaker and nurse. She watched her once strong, vital husband waste away, turn into an old man, and then die.

Norma was 32 years old. She felt her life was over too, and deep down she was angry—like she had been cheated, like life had not kept its promise.

She grieved mightily, sold the factory she had helped her husband run, and moved back home to live with her parents. She spent the next seven years sitting on the couch watching the soaps with her mother, lost in a fog of despair. Her friends visited at first—they wanted to help her—but she rejected them all and they stopped coming.

Now she was nearly 40. She had wasted a lot of time. She still wanted to have kids, but it was getting late. She was determined to change, to make a life for herself, and she went into therapy. She wanted to make herself over, and she needed help.

She worked with her therapist on issues of depression and the difficulties she faced in separating herself not only from memories of her life with her deceased husband but also from the rather too-close relationship she shared with her mother. She realized she was too dependent, and that if she wanted to make the most of her life, she had to stand on her own two feet.

Norma decided to go back to school, found her calling, and went on to get her doctorate. She was lonely, of course, and she was bewildered. All her life, she had expected to be a wife and mother, and here she was, a person with an advanced degree and a sophisticated career. It scared her. She was doing quite well, but not in the ways she had expected when she was a little girl. She wondered what changes life might bring next, and even though she was a little fearful, she was excited, too. She had learned that life has many unanticipated changes, and that you have to accept them and move on.

She persisted. She did not let her unanticipated and difficult circumstances keep her from moving forward in life. She might not have known when she was younger where she was going, but she was getting the idea now.

She was a tiny person physically—she had once had seen herself as a house mouse—but now she was attending meetings and giving lectures. When she first moved out of her mother’s house, she bought a tiny apartment. Now she was ready to move to a larger place in a nicer building. Norma’s ideas about herself, what she needed and what she deserved, were changing. She had played the admiring chorus to her husband’s solos, but now the solos were hers.

She wondered how she had managed to become so successful. It wasn’t what she had wanted for herself when she was younger, but it was where she was now. She almost didn’t recognize herself.

She began traveling to different parts of the world where she attended conferences. Norma was a powerful force. She continued to miss her husband and felt bad she didn’t have kids and probably never would, but she knew her happiness depended on her acceptance of her new life, previously unimagined. The sky was the limit.

She persisted. She did not let her unanticipated and difficult circumstances keep her from moving forward in life. She might not have known when she was younger where she was going, but she was getting the idea now. She no longer had her husband to follow, so she would take the lead.

Where she goes from here might not be what she envisioned in childhood, but she can spin new dreams, on her terms, that may prove to be every bit as fulfilling.

Note: The preceding account is fictional, though the story represents the resilience and growth that therapy commonly inspires when a person is faced with difficult life experiences. If you identify with Norma in some way, let a therapist help you identify a new way forward.