SSRI Use Linked to Autism (and Other News) 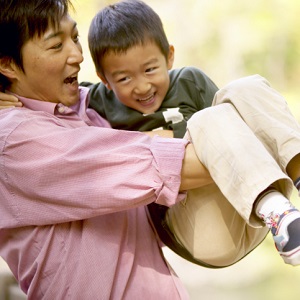 Selective serotonin reuptake inhibitors (SSRI) are typically the first line of defense for treating depression, but a new study calls their use during pregnancy into question. The study followed 1,000 mother-child pairs, and found that mothers who took an SSRI while pregnant were more likely to have a child on the autism spectrum, and the risk was higher among mothers of boys.

Brain injuries subject their recipients to both long and short-term health challenges. For example, a head injury can undermine social skills and turn children into loners. A new study has found that teenagers who receive concussions are more likely to attempt suicide. Brain injuries can exacerbate pre-existing mental health challenges, and this change in brain function may partially explain the increased suicide rate among concussion recipients.

Does sex really count as exercise?

A new study claims the answer is yes. Exercise’s benefits are seemingly infinite, but gaining sufficient motivation to get off the couch and get moving can be challenging. According to the study, which tracked 21 heterosexual couples, getting between the sheets may be just as good as taking the dog for a walk. Researchers classified sex as a moderate intensity variety of exercise and found that, on average, men burned four calories per minute during sex, while women burned three. This makes sex roughly akin to walking uphill.

For parents of children who have autism, it can feel like an invisible wall has been built between them and their offspring. And for children with autism, the world can be a confusing and frightening place. Ron Suskind’s Life, Animated tells the story of a family gripped by autism. While the story of autism is frequently a sad one, Life, Animated offers hope in the form of Disney movies. The author’s son was able to use Disney movies as a framework for understanding the world of social skills and morality, and for parents of autistic children, Suskind’s book may offer one more avenue for breaking through the invisible wall.